WHAT ARE THEY SMOKING?

The Washington State International Association of Boeing Machinists overwhelmingly voted to reject Boeing's plans to build 777X aircraft. I concede that the contract was not as favorable to them as all previous contracts but let's be painfully honest here. There is no law that says US passenger aircraft must be made in America and even if there was there are lawyers who would argue that the aircraft were "made in America" if they were flown into the US and had the Boeing label spray painted on the soft underbelly.
According to Wikipedia, this is the way they build the 787: The aft fuselage sections 47 and 48, for the 787, are fabricated at the North Charleston site. Sections 44 and 46 are manufactured by Alenia in Grottaglie, Italy. Section 43 is fabricated by Kawasaki in Nagoya,Japan. Section 45/11 is fabricated by Fuji Heavy Industries in Nagoya, Japan. Two 747 Dreamlifter Cargo planes are stationed at Boeing Charleston for transporting components of the 787.

What are they thinking?  Talk about stuck on stupid.

They lost round 1 when Boeing headquarters left Washington and went to Chicago of all places. Then they lost round two when the assembly plant opened for business in South Carolina and started delivering planes in spite of the National Labor Relations Board. Yes the planes have defects, but not in the manufacture and assembly operation in either Washington or South Carolina, to the best of my knowledge.

I wonder if these guys have noticed that Americans don't make televisions, computers, iPhones, iPads, microchips or much of anything in America anymore. How deluded and detached from reality can one be before waking up in Detroit and wondering how you fucked that up? 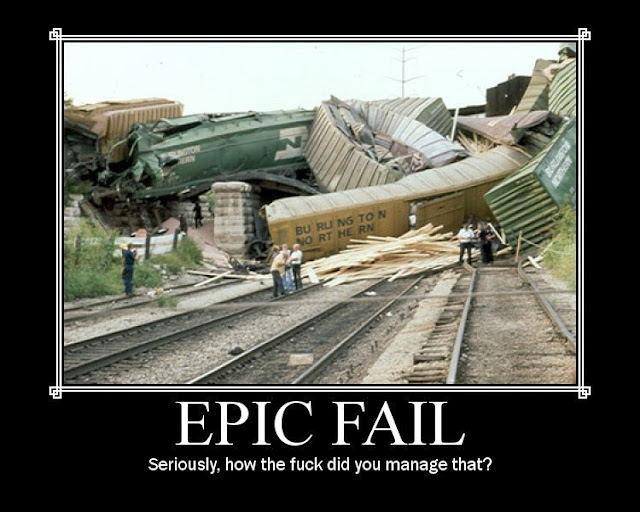 Seattle council tells workers to take over the Boeing factory and retool it and stop making weapons.
The thing I wonder about is how do you vote for someone this stupid and where do they come from?
Posted by HMS Defiant at 7:30 AM
Labels: social war, Stupidology