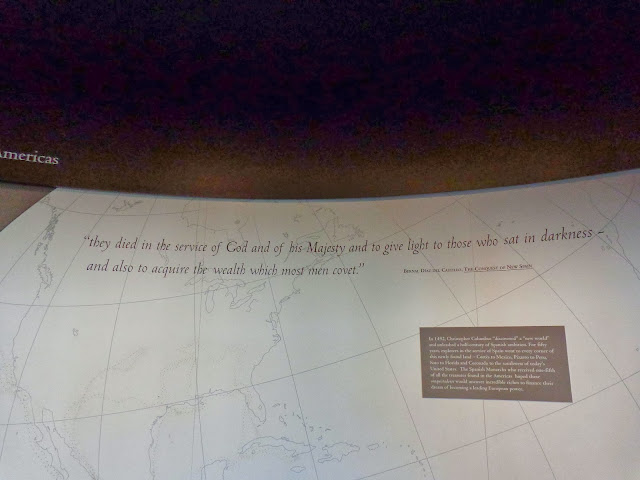 This is inscribed on the wall of the little museum at the end of Point Loma. The men who sailed here so long ago had to sail to the southern end of the world first in order to reach the coast of California.  As you read history, you sometimes forget that once, all the New World, belonged to Spain. A testament of the early voyagers to the New World in the service of their God can be found everywhere here in the New World, where the churches are plentiful and the worship of the old Gods of this land is extinct. The wealth they took from the land and the people here, led to the establishment and long continuation of a Spanish Empire that didn't utterly collapse and disappear until, the United States alone, destroyed it during the Spanish American War just a hundred and 115 years ago.

All nations wax and wane. The Reconquista lasted 781 years. It took the Spanish and Portuguese that long to finally drive the invading muslims back out of their land.

You know what was at the root of the muslim expansion all across the known world, right? The same words inscribed above in the monument at Cabrillo.  It's a pity that their light is so bloody and dark.
Posted by HMS Defiant at 3:42 PM
Labels: America, civilization