The first today came from Ninme's site. It is a fascinating look at another culture in another time translated over the centuries. It's possible that the Amish and Mennonite cultures are viewed by others as I view this story and worth keeping in mind if one reads the link. It is easy to ask throughout why the geologists didn't do more and harder to understand that the answer lay with the family. The photo is their home on the Taiga in Siberia shot from a Russian Reconnaissance plane in 1980. 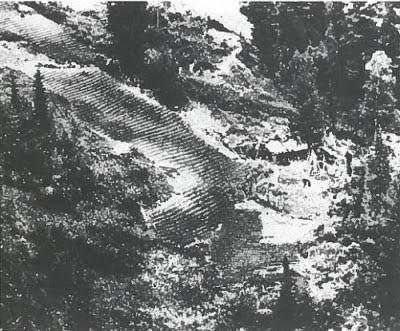 The next is from Maggie's Farm and you will kick yourself if you don't take the time to look. There were parts of Paris from photos a hundred years old that look like Paris the last time I was there. They didn't have as much artillery scattered around but it looked the same. 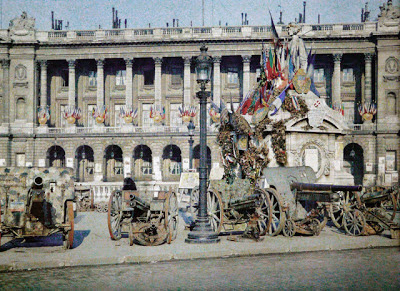 There will be time enough it seems for me to enjoy these aspects of winter in Ohio....except the downhill parts there not being a hill for miles in any direction.

Let's be careful out there.
Posted by HMS Defiant at 1:57 PM No comments:

I've been thinking about this place as the cold and wet days of winter advance into Spring. 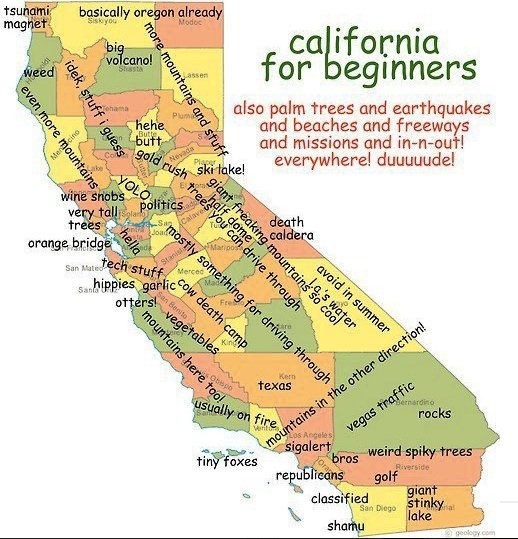 It's quite true and accurate.
Posted by HMS Defiant at 11:39 PM 1 comment:

A COMPENDIUM OF DOING IT RIGHT

This video shows the awesomeness of the human body as people achieve what they set out to. This is the reverse of all the painful to watch fail videos. Enjoy.

TWO IF BY STAMP

Inspired by Anne Bonney at Gunsmoke and Knitting I am going to look for more of these. 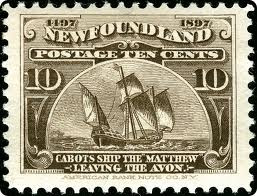 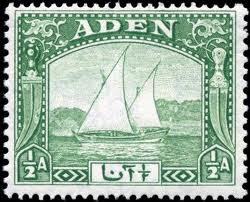 There are some others that I like which will appear here. I had in mind some blueprints but I'm finding them difficult to render as acceptable fodder for the blogmaw. .pdf won't do at all.
Posted by HMS Defiant at 1:00 AM No comments:

I wake up each day and check to see if anything momentous has happened. I sometimes hope that something profound happened overnight but usually I'm content to read the news.

"Do not blame Caesar, blame the people of Rome who have so enthusiastically acclaimed and adored him


and rejoiced in their loss of freedom and danced in his path and given him triumphal processions. Blame the people who hail him when he speaks in the Forum of the new wonderful good society which shall now be Rome’s, interpreted to mean more money, more ease, more security, and more living fatly at the expense of the industrious." -- Marcus Tullius Cicero

We all know what happened to Caesar.
Posted by HMS Defiant at 12:30 PM No comments:

HOW THE BRAIN HANDLES INPUT

From Goodstuffs blog. An interesting animation.

GUARDIAN ON THE REEF

Here is a ship stranded on a reef. Usually when that happens very bad things are done to the captain. Supposed to know better than that. Staying and keeping afloat tends to require that one does not rip the bottom out of the ship. But now it appears that perhaps the ship found itself there because the National Geospace Intelligence Agency had plotted that reef 8 miles from where it really is and distributed that wrong incorrect unbelievably stupid misinformation to the fleet in Digital Nautical Charts which were endorsed signed and approved by any number of admirals as being 100% reliable go to sources for all charting and navigation matters. 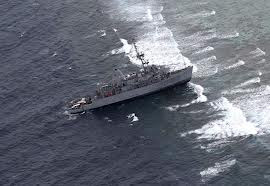 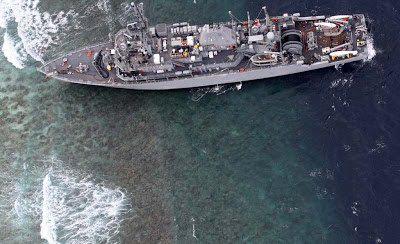 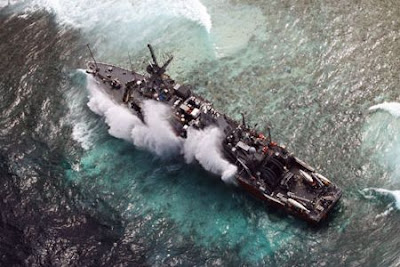 Are any admiral heads going to roll? 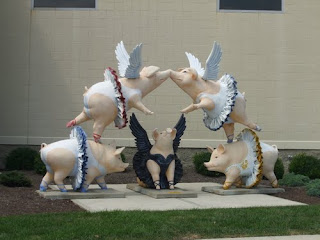 CLOUDS - HOW THEY WORK


See? And you thought you knew how they worked didn't you?

DOES A BEAR STRIP IN THE WOODS?

From Exile in Portales,

Curiosity prepares to drill on Mars

View from Rocknest, Mars. My place is just on the other side of the hill on the right.
Posted by HMS Defiant at 12:41 AM 2 comments:

Some people are like Slinkies ... no purpose, but they still bring a smile to your face when you push them down the stairs. 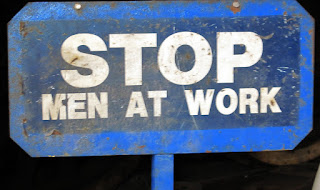 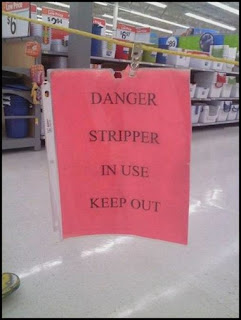 Found at Patterico's. He claims to have it from George Takei's page, 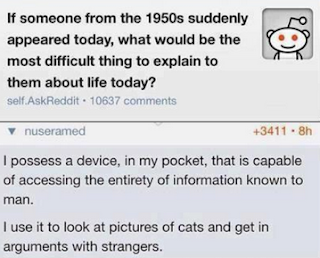 I would watch this phenomena at dinner.
Posted by HMS Defiant at 2:59 PM No comments:

Yesterday's post has me thinking a bit more about drones and their employment by the US government in this century to snuff the life out of people without warning. The government has found that it has the power, authority and means to legally terminate not just enemies of the state but also Americans it disagrees with. I think that we will come to regret both the act and any smear of legal validation our courts have given to this practice once enemies of the government determine that anybody with a drone can be sovereign for a day and start using them against the ruling elite in this country.

It's not that hard to make the devices since most of the components can be purchased off the shelf. Guidance systems, once the most difficult aspect in weapon system design is as simple as ordering up a GPS unit. Stealth is practically forced on modern drone builders looking for larger payloads by reducing the weight of the airframe and power plant and therefore turning to composites.  Traditionalists always opted for high explosive ordnance but the subway attack in Japan using nerve gas shows that just about anybody can make lethal neurotoxins and a few gallons of pure evil go a long way.

Drones can be launched from just about anywhere. They don't need airfields and runways since all they need is a space wide enough and long enough to get off the ground. Returning is not in the plan. There is no particular reason to launch the drone close to the target. A drone built along the lines of Rutan's Voyager which had a crew of two and fuel enough to go all the way around the world without refueling in 1986 would easily have a 1000 pound payload. 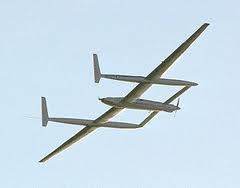 Enemies of the United States would have no shortage of kamikaze pilots without any need for fancy electronics. Enemies of the government of the United States would have little difficulty putting together unmanned versions. Consider that these drones may not be considered dangerous by the ruling class in Washington but that is because the skies over DC are patrolled by armed aircraft and there are active ground based defenses scattered around it. However, drones intercepted and shot down before reaching their intended target have a characteristic common with all aircraft; there's just enough time and fuel remaining to get to the scene of the crash/explosion/chemical release. Anybody in the projected flight path to the target is at risk whether from an unplanned crash or from the deliberate destruction of the drone by other means. 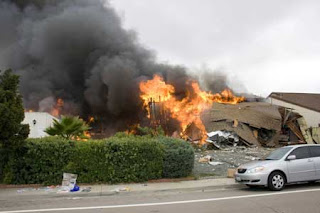 USMC F-18 ran out of engines 2 miles short of the runway.

I thought about this as I read General McChrystal's remarks today about how much hatred there is in the rest of the world for the US by those who oppose drone strikes. The first time I saw a reference to this was in "The Moon Goddess and the Son" by Donald Kingsbury. In the book the drone was built and targeted by disaffected Soviet hating young terrorists from Afghanistan protesting the Soviet invasion of Afghanistan.

All of this makes the utter waste and stupidity of the TSA and HLS more painful to put up with. Consider that the same effects can be achieved more easily with a truck bomb. 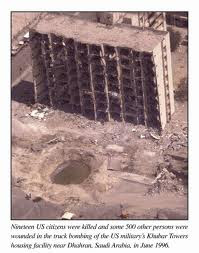 This was Khobar. Those that know swore blind that there was absolutely no evidence of ANY high explosives in the Kingdom before the attack. One needs to get the explosive much closer than one would think to have the desired effect. Having watched semis push Jersey barriers out of the way with their front bumpers in order to negotiate the turn into my office complex in the days, months, years after 9/11, I'm not sanguine about keeping such things at a safe distance, never mind the drone variants.

WHAT IS THIS STUFF

Meet the flying, crashing and floating version of these: 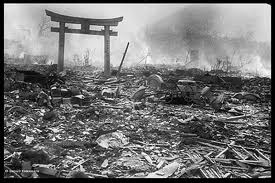 This is a Torii Gate in the aftermath of the atomic explosion at Nagasaki. Practically ground zero. 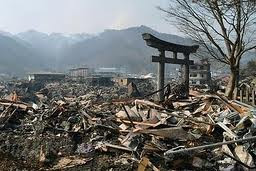 This is another Torii Gate in the ruins left behind after the Tsunami wrecked the Japanese coast and destroyed multiple nuclear reactors.

This was picked up in the waters off the coast of the Philippines today. Look at it. It flew along extremely fast as an aerial target for guns or missiles, survived that somehow and then crashed into the sea going extremely fast. 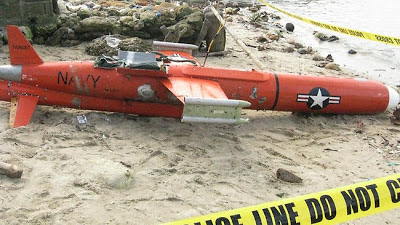 I just wish I could buy a car made out of this stuff.
Posted by HMS Defiant at 3:04 AM 1 comment:

Here is a new way of flying. 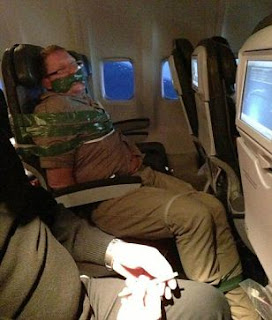 I wouldn't do it.
Gives whole new meaning to the expression 'shut up and sit down!' I like that they thoughtfully perched his glasses on his nose so he could read a book or watch the movie.

My flights last week from coast to coast to coast were nothing like this. Rather nice actually. It does make me wonder though what would happen to a wannabe passenger trying to slip by the TSA with a roll or two of duct tape...