In Occupied France it appears that the muslims have struck another blow for allah. It's a real shame but it is no surprise. It was, after all, just a matter of time.

Our Leader has a few words on ISIS. 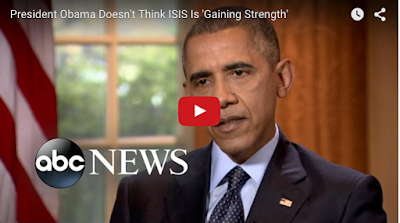 Until Obama came along, I would have sworn that nobody could be consistently wrong about everything all the time. He was ably backed up by his French looking sidekick who loyally supported the president:

Does his elliptical eminence mean that we're going to nuke Damascus in the spirit of The Reign of Terror that ruled the First French Republic? Because, yeah, that's going to work... Still, it looks like the King of Ignorance has finally come close to meaning the message he meant to say. This time the muslims really did carry out attacks on random French citizens. Not at all like those "random" attacks they carried out at Charlie Hebdo and a kosher deli in Paris earlier this year before French Premier Valls declared that France is in a “war against terrorism, against jihadism, against radical Islamism, against everything that is intended to break fraternity, liberty, solidarity,” Unfortunately, France has a really ugly track record when it comes to war since the death of Napoleon. 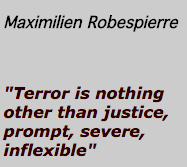