Long ago a warship sailed the Strait of Juan de Fuca with the following signal closed up at the yardarm during MINEX-87 with eight other mine sweepers. We were out there for a week streaming and recovering various mine sweeping rigs. If anybody ever actually bothered to look it up, nobody ever said anything and nobody important ever asked about it. I suppose we were under-socialized back then. We're older now. 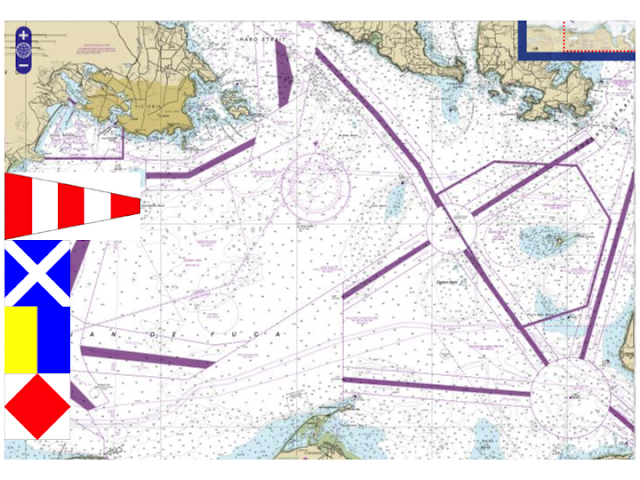