Dictator-in-Waiting's assistant reports that the DIW is, well, let the record speak for itself. 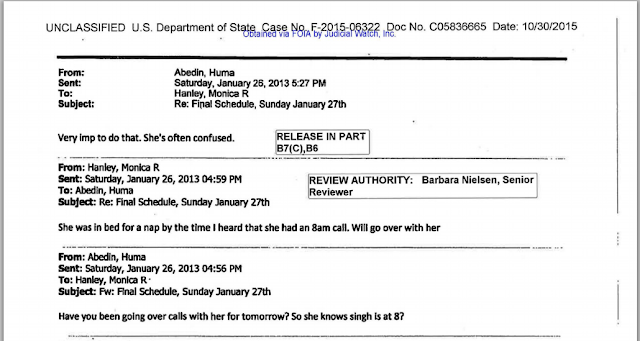 Hillary's own personal assistant says that Hillary is OFTEN CONFUSED.

That's not a record for a successful run for President. I suppose one might think that Hillary could also be considered harmless because she naps a lot. I would point out that while the Secretary or Dictator is sleeping is when the mice studying to be rats go to work and push their agendas or slyly release little executive decrees into the wild.

If there is anything that her record shows at State it is an unbroken policy of hysteria and confusion leading to the complete immolation of any 'moderate' voices in islam.

This begs the question. Was everything Hillary has done based on informed decision-making and reasoning or was she just informed about what her principle deputies did in her absence?
Posted by HMS Defiant at 4:30 PM
Labels: Palace News, Schadenfreude, Truth