The Washington Examiner was 'reporting' on the news today and deliberately injected this at the end of its hit piece on presidential candidate Lindsey Graham: 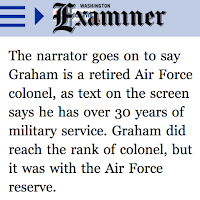 It seems that the Washington Examiner failed to notice that most of the United States National Guard and Reserve have been mobilized and deployed during the War on Terror. Navy Coastal Warfare started the war with no active duty counterparts and 8 years later our commissioned reserve units were beginning their fourth mobilization cycle with 7-9 month long rotations to the Middle East. I left active duty in 2009. By then, the NCW Force had been augmented by over a thousand active duty Navy Coastal and Maritime Security sailors in the Maritime Security Forces who, ever so slowly, started to deploy to the Middle East and Europe. The reserve squadrons and detachments continue to deploy to the Middle East to this day under their latest name. 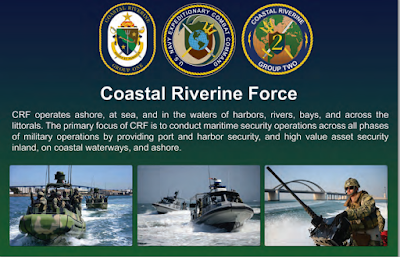 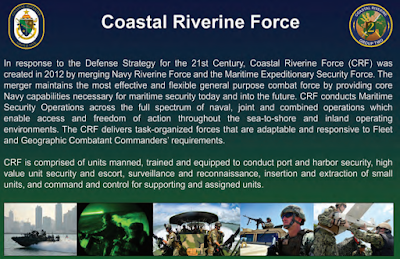 I enjoyed my years with Inshore Undersea Warfare, Navy Coastal Warfare and the Maritime Expeditionary Security Force. Each version of us did exactly the same things very differently, but each version was professional. I was sorry to see the core force and structure demolished by NECC but it was expected after just five minutes listening to the first COMNECC. You can't shatter an empire without breaking a few eggs.

The student newspaper known as the Washington Examiner could use some military experience on its staff. Knowing the media, they'll pick folks like Manning, Whitworth, Walker and Bergdahl. They might understand the nature of the total force consisting of the active forces, guard and reserve.
Posted by HMS Defiant at 7:30 AM
Labels: Air Force, News, USN, war