TYRANTS EVERYWHERE WANT TO SHUT IT DOWN

I think it's interesting that every tyrant everywhere in the world finds some reason to shut down the internet or at least bring it under their thumb. This guy is a little different in that he is merely the Commissioner of the Metropolitan Police in the United Kingdom. He has literally tens of thousands of young girls being groomed for rape and then passed around like party favors to muslim gangs and his police do nothing to stop it. He is apparently more concerned that the internet is a scary unregulated place that cries out for police and government spies to monitor it and cite people for "cyber-crimes." 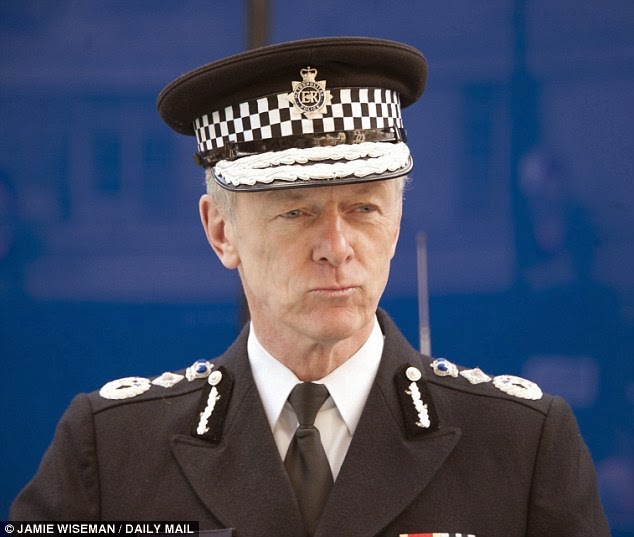 Sir Bernard Hogan-Howe has warned that the internet is becoming a 'dark and ungoverned' place for paedophiles, murderers and terrorists to safely operate and has called on internet companies to do more to protect the public from the so-called 'deep' internet.

Hey big guy! Why don't you throw yourself into stopping the horrible crimes that are happening on every street in your country?
Posted by HMS Defiant at 5:30 AM
Labels: News, Witchcraft