One could argue that he had friends helping him ruin things but with friends like that we really don't need enemies. Apparently, national security and Defense personnel have almost no faith in Obama or
the national command authorities appointed by him.

On the other hand, many of those asked were talking about their rice bowls and Obama and his pals have all been chipping away at them for the last 6 years. It would be another thing if his domestic policies hadn't just been overwhelmingly repudiated by the electorate. 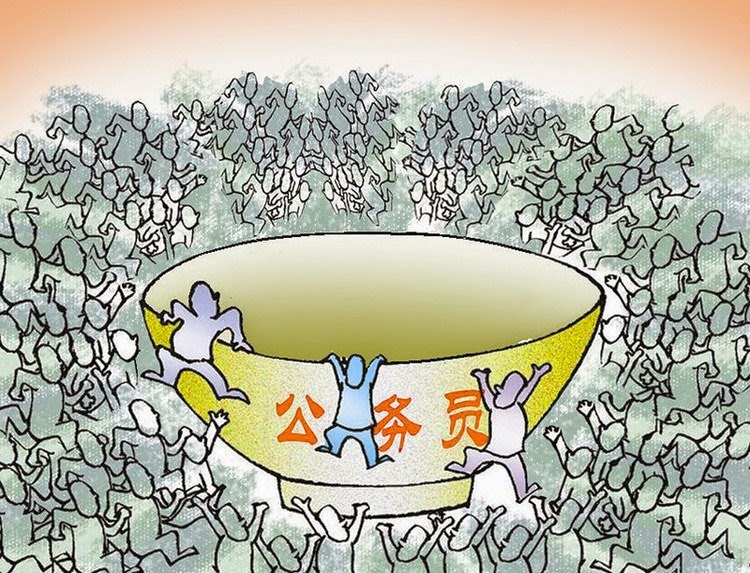 The image is weirdly appropriate since the military has spent the last 12 years trying to build up the Chinese as a major threat that needs increased funding for the Navy and Air Force. They saw all the dramatic cutbacks and budget cuts as we reaped the 'benefits' of the Peace Dividend and cast about desperately in search of some other 'enemy.'

Sadly, Obama's and the Democrats policies have brought about both a rebirth of an aggressive Soviet Union and encouraged the Chinese. My Foreign Defense Policy remains the same. Those folks better arm themselves. There is no NATO worth mentioning and the USA is out of the business of fighting other people's battles for at least another generation.
Posted by HMS Defiant at 12:52 AM
Labels: bright and shiny as the truth