I don't think the people doing this leadership removal thing have even the slightest f*cking touch with reality, do you?

THINK! This used to be the Strategic Air Command where PEACE WAS THEIR PROFESSION. Where, by the way, they planned, prepared and motivated airmen every single day to INCINERATE AN ENTIRE CONTINENT.

How the mighty are fallen.


I met a traveller from an antique land,
Who said—“Two vast and trunkless legs of stone
Stand in the desert. . . . Near them, on the sand,
Half sunk a shattered visage lies, whose frown,
And wrinkled lip, and sneer of cold command,
Tell that its sculptor well those passions read
Which yet survive, stamped on these lifeless things,
The hand that mocked them, and the heart that fed;
And on the pedestal, these words appear:
My name is Ozymandias, King of Kings;
Look on my Works, ye Mighty, and despair!
Nothing beside remains. Round the decay
Of that colossal Wreck, boundless and bare
The lone and level sands stretch far away.” 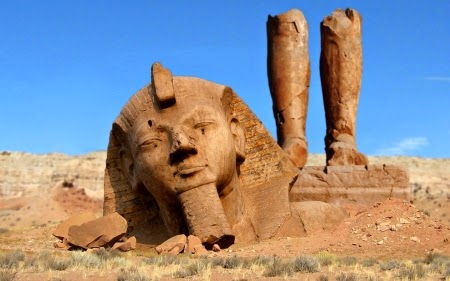 My faith in SAC is over, and not because feelings could have been hurt. The Air Force shattered a myth that lasted almost 3 generations. Not bad Air Force! You have to wonder how they think anyone is going to maintain a ruthless and fanatical desire for professional perfection and combine that with "feelings." I couldn't do it. I wouldn't even bother to try.

I submit that now we know. Ruthless pursuit of perfection is kicked to the curb when the Wing Commander's wife complains about some arrogant SOB who enquires about her little scheme and wonders why they do not actually remain open during the operating hours posted.

Read the poem again and think of what perished. The imagery that is called to mind these days is that of SAC. Ancient bombers, ancient missiles, ancient tech for the command and control, and a ruthless fanaticism for perfection: sacrificed on the alter of PC.