It's hard to believe that anybody used to take Time Magazine seriously as a reliable source of news. It and Newsweek used to be widely read by those on the high seas and the borderlands where real news was not just hard to come by, it was impossible. We took it with a grain of salt but we still thought they had some newsworthy things to impart. 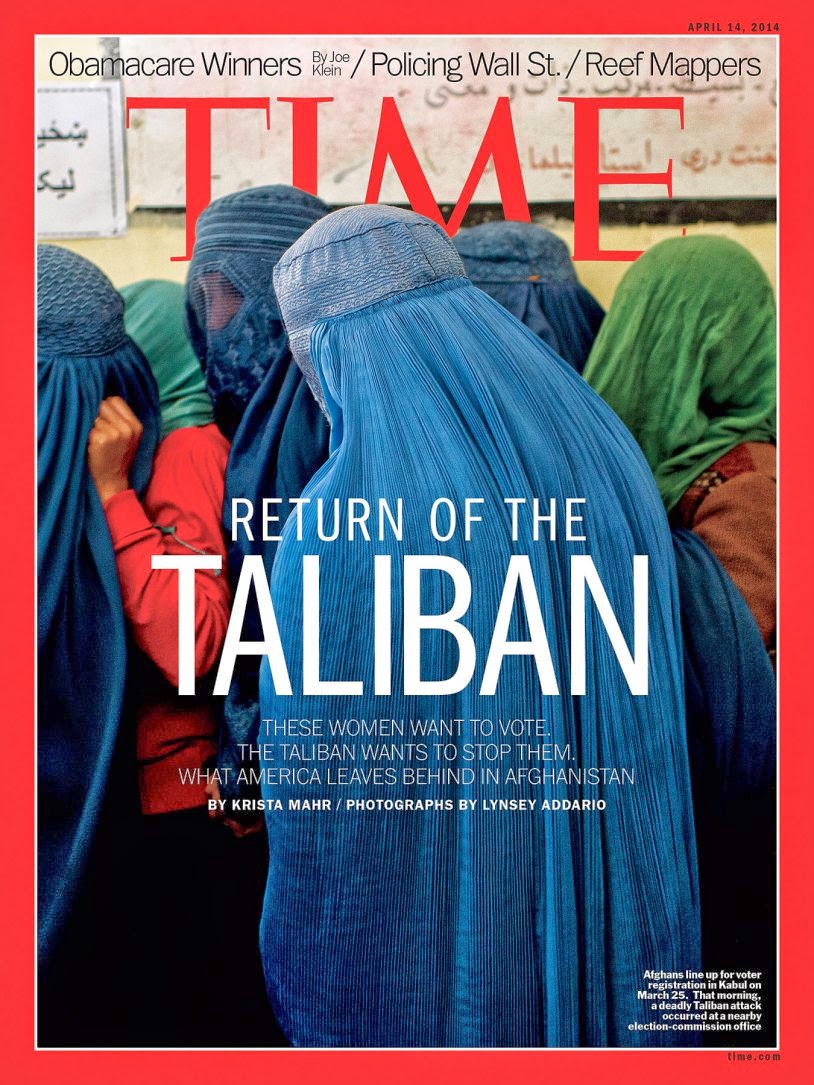 Did somebody at Time magazine really think the taliban had been on vacation for the last 12 years? The armed forces of the United States didn't spend all that time and effort fighting shadows in Afghanistan or building roads, bridges, hydro-electric plants, schools and hospitals. The taliban was there and it will always be there.

The thing that few Americans know is that when we no longer give the taliban a target to fight in their own back yard, they will have to go abroad in search of somebody else to murder, rape and mutilate. For our purposes, and strictly from our point of view, that is too bad. If you really wanted to see the desert playgrounds in abu Dhabi and Dubai, you should book a tour now, before the taliban get there and turn them into another hell on earth. They don't much like playgrounds, music, dancing, gambling, girls, women, electricity, or civilization as we know it. They're not afraid to cut your head off to prove how sincere they are about their religion.

I wonder how all those reporters and journalists at Time failed to notice the taliban for all these years.
Posted by HMS Defiant at 7:00 AM
Labels: contempt, fools, war