POINTED RECEPTION AT THE PALACE

Everybody thinks they're just for show.  Ceremonial doesn't mean harmless. 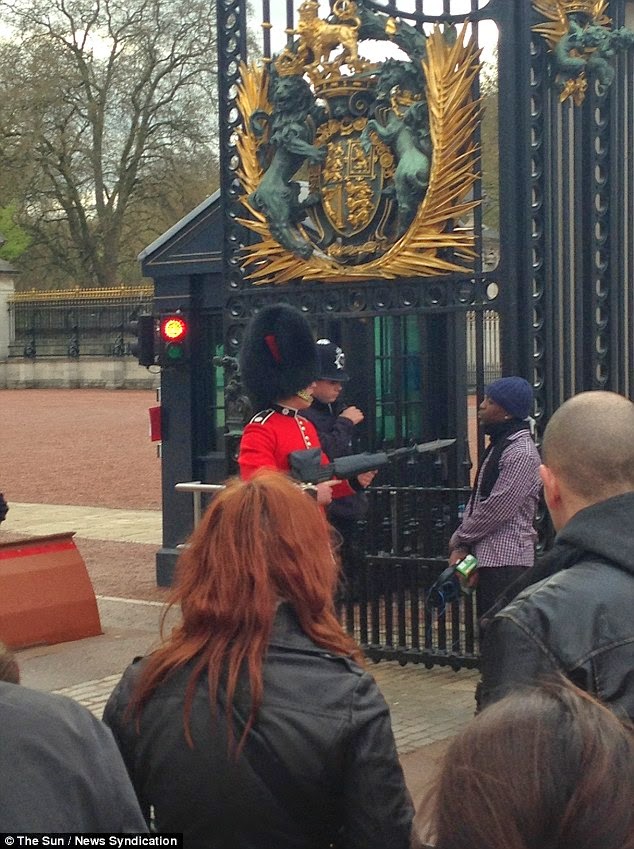 Almost anywhere else in the world one could rightly assume that the guardsman's cover is a beer cooler of some kind but since this is England, odds are it is a modern miniaturized 14 pound radio headset that his command team uses to order him around. In this photo it is clear that they told the guard to keep his finger off the trigger and thrust through the target.

It seems the visitor is from Nigeria and wanted to explain how the Queen could make 98 million dollars by providing him, in his role as Nigerian Vice Minister of Financial Schemes, with her bank account information.
Posted by HMS Defiant at 3:36 AM
Labels: Palace News