Measures of performance are what we come up with when we want to examine a process and make it more efficient. In the navy, our higher commands would order us to produce metrics as if they mattered to anybody. My favorite useless metric of all time was something the Air Force called Effects Based Operations. They obsessed like the most rabid weasel you ever saw about metrics that could be used to determine how effective your operations were. When we tried to point out that we were pretty much a static surveillance and security outfit that really didn't have any means to quantify our success except possibly by pointing to a total absence of attacks, we were informed by the most dour and humorless generals on the planet that our head wasn't in the game. It wasn't a game to us.

When the goal truly is process improvement and efficiency it does help to have meaningful metrics. The good folks at FEDEX and UPS came up with a splendid process that they could use to track any package in their network in near real time. They could follow it every inch of the way. Somebody very clever suggested that they let their customers have access to the package movement information. It seemed like a good idea and it did show that both delivery systems were doing a superb job of moving material and getting it where it was sent quickly and efficiently.

The data and the tracking were already there. The information was useful to both shipper and customer and the numbers showed solid performance and good value for the money. You know what happened after that, right? Yes, some bureaucrat decided that the "data" implied good value and integrated the same sort of package tracking in the Unites States Postal Service. 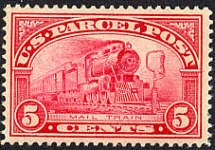 The problem came when the Post Office bureaucrat decided the USPS was in the same business as UPS and FEDEX and chose to provide the customer insight into the USPS process for moving packages. But the Post Office doesn't care about return on investment, shareholder value, earned value management or customer loyalty. I'm not sure what the Post Office perceives as valuable but I know that moving things from point a to point b doesn't fall anywhere near their top 10 list of things the Post Office cares about.
Evidently, the USPS can hire but not fire people. It can hire letter carriers but not clerks. It can buy property but not sell property. It can open post offices but not close post offices. It cannot lay redundant employees off. It has to go to Congress every year to get billions of dollars to stay afloat long enough to pay all post office pensions (forever). Actual timely delivery of the mail or packages doesn't even come within shouting distance of their priorities.

So all that was a lead-in for an old post from elsewhere on the net. I thought it was interesting. His conclusion is wrong in that inefficiency and speed have almost nothing to do with the modern Post Office going broke. That's politics.

Ripped from Watts Up With That 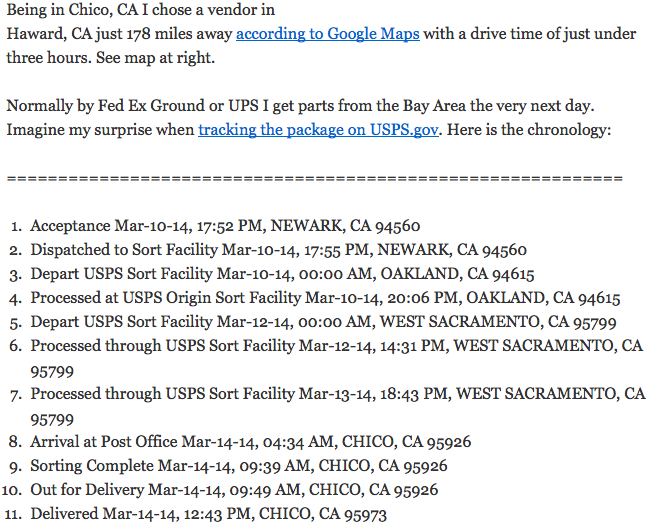 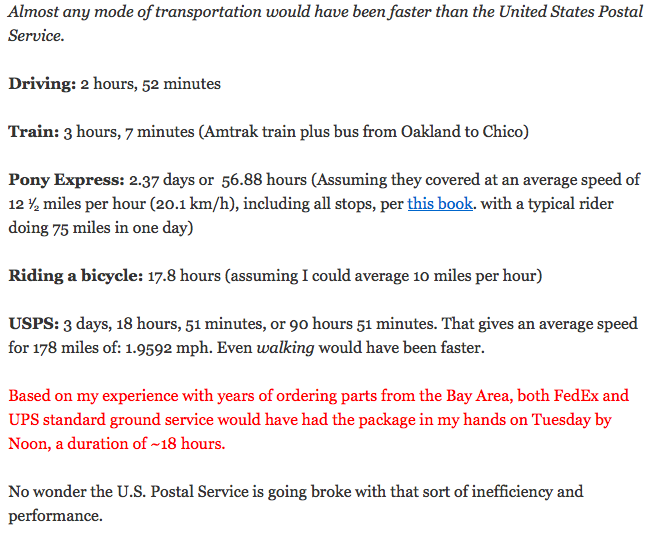 Posted by HMS Defiant at 10:00 AM
Labels: Shipping news, Transportation