No, parody isn't a country. It also looks to be against some sort of law.  Warrants and searches and ferreting out secret identities, it all sounds like a war against Batman or Superman. What happened to civility? I'm not at all sure that I understand what law was violated here that warrants were no problem to get.

I don't believe in parody. It's wickedly dangerous and corrupts the mind. This was funny though. Gleaned from Atlas of Prejudice via Objectivist1. 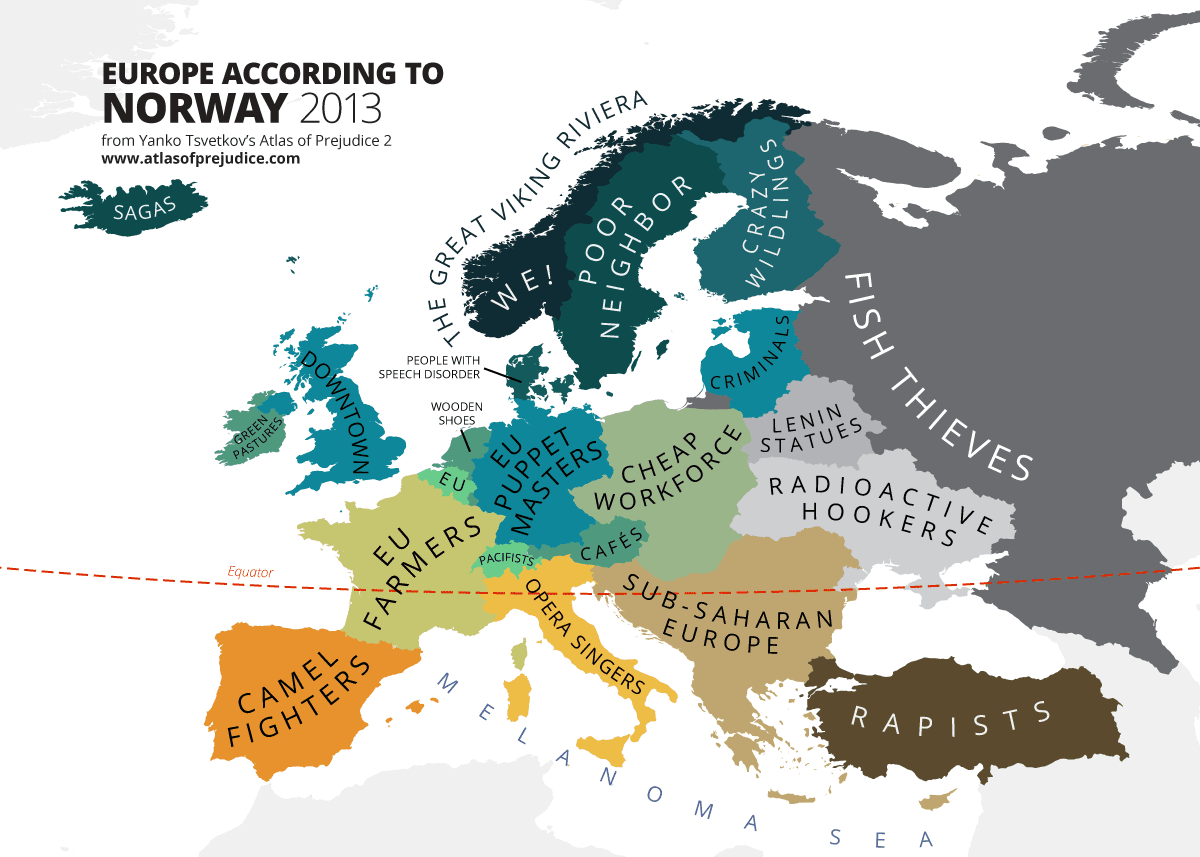 Posted by HMS Defiant at 9:38 AM
Labels: cartography, lawfare