NOTHING BETTER TO DO


Manhattan U.S. Attorney Preet Bharara said: “Former President Alfonso Portillo may have thought his position of power prevented him from having to answer for accepting multi-million dollar bribes to shape his country’s foreign policy, for embezzling money intended to benefit the Guatemalan people, and for using U.S. banks to launder the ill-gotten funds. But he was wrong.

Mr. Bharara praised the outstanding investigative work of the New York Field Office of the Internal Revenue Service, Criminal Investigation, the Drug Enforcement Administration’s (“DEA”) New York Organized Crime Drug Enforcement Strike Force – which is comprised of agents and officers of the DEA, the New York City Police Department, Immigration and Customs Enforcement’s Homeland Security Investigations, the New York State Police, the U. S. Internal Revenue Service Criminal Investigation Division, the Federal Bureau of Investigation, the Bureau of Alcohol, Tobacco, Firearms and Explosives, U.S. Secret Service and the U.S. Marshals Service – the DEA’s Guatemala Country Office, the Department of State, and the U.S. Department of Justice’s Office of International Affairs for their work in this investigation. Mr. Bharara also recognized and thanked the United Nations Commission Against Impunity in Guatemala (“CICIG”), the Guatemalan Special Prosecutor’s Office for the CICIG, and the Ministerio Público in Guatemala for their assistance in this investigation.

In his spare time he is also engaged in tearing the clothes off foreign diplomats accused (but not found guilty of), underpaying their maids.

I guess it's only a matter of time before that gang drags Putin into the dock in chains, convicts him and sentences him for his serial violations of U.S. law. If they start running out of foreigners to prosecute for breaking our laws, remember, it is your duty to point out other law breaking foreigners that deserve the focused attention of the forces of order. 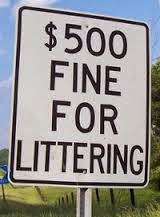 Keeps them off our back.

Posted by HMS Defiant at 6:00 AM
Labels: America, cannibals, lawfare