IN MEMORY OF A MAN I KNEW

He was a son of the South, a gentleman, a husband, a father, a naval officer and a pilot. He lived his life and embraced eternity doing what came as natural to him as breathing. He was a writer without peer, a compassionate honest man and lived more in any day than any other man lived in a week.

He wrote down his philosophy and since I share it, I saved it. Here it is.

This is the day that I set aside each year for reflection. 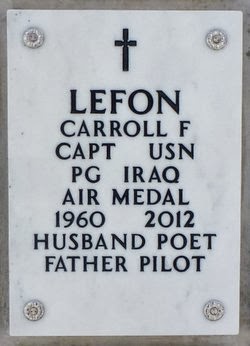 Posted by HMS Defiant at 6:30 AM
Labels: fathers, memory, USN