WE ARE NOT AFRAID

Some people can be terrifyingly stupid. Why do they become Secretary of State in this country?


Secretary of State John Kerry, who will travel to Kiev Tuesday, promised harsh consequences for the Russian government if it continued its aggression in Ukraine—and hinted at the economic retalation to come.*

“There could even be, ultimately, asset freezes, visa bans. There could be certainly disruption of any of the normal trade routine. There could be business drawback on investment in the country. The ruble is already going down and feeling the impact of this,” Kerry said Sunday on Meet the Press.  “And the reason for this is because you just don’t invade another country on phony pretext in order to assert your interests.”

Wasn't Obama going to order our Army to invade Syria unless Assad caved and let the Iranian backed terrorists and Al Quaida kill him in a gory pointless horrific way?

Could we trade Kerry for one of NASA's highly trained chimpanzees? I'm sure the least of NASA's astronauts has more smarts and international savvy then John Kerry. 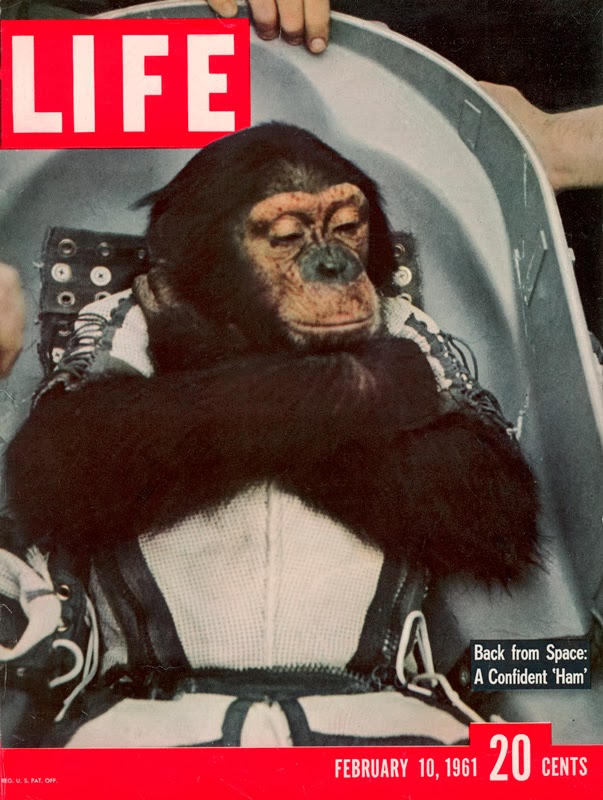 We showed Japan just how serious we were about their aggression by initiating an economic war against them and stupidly persisted in the idiot belief that war by another name is not war. It took Pearl Harbor to convince some morons that war means war. Kerry wouldn't know anything about that though since he qualifies as terrifyingly stupid. He's probably hunting around right now for the reset button he saw his predecessor holding onto during her conversations with the Russians.

*My colleagues in the Newsweek neighborhood of the press business are not so smart with the proof reading. You can see all their other gaffs if you visit the link.
Posted by HMS Defiant at 12:06 PM
Labels: fools, Moon shot, stupid and vicious