The United Arab Emirates denied entry to HMS Tireless, a 30 year old traveling radioactive leak that had sought entry to the Emirates in order to effect a crew swap. After fruitlessly hanging around the port for more than a week waiting for diplomatic clearance, the submarine headed to Goa which is well known for its tolerance of mobile maritime disasters. 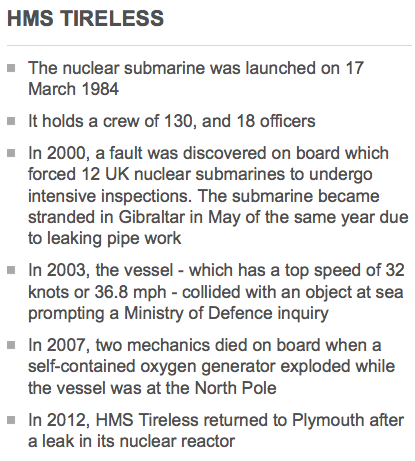 Once one of these things starts to go bad, it goes downhill pretty quickly. It's irreversible.
Posted by HMS Defiant at 10:30 AM
Labels: atoms for peace, Warships