THE DESCENT OF MR. X

If we spent $200,000 per year over 8 years to educate the nation's very smartest and most connected young minds and trained them in all the arcane mysteries of international relations and foreign affairs, and then admitted them to the Foreign Service, how did we end up with all the donkeys in the State Department? You really cannot point to a single accomplishment performed by the gruesome morons at State that couldn't have been achieved by a highly motivated 5 year old with a hammer.

They didn't learn anything from the study of history. They failed to learn anything about elementary psychology and negotiation. They don't understand the first thing about ethical standards and the importance of even just appearing to be men of their word. They don't actually know anything beyond what they've read in the New York Times or the Village Voice and they self-select on a scale not seen since the ancient Egyptian royal family.

99 out of a hundred, if called into a room with a globe and asked to point to the country on it that they represent, wouldn't get it right. When you wonder where we get Congresscritters who think illegal aliens have rights that trump yours, now you know. They got the same double bolus of stupid. It must be in the water and since those cretins only drink Evian, I blame the French. 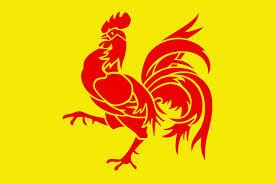