ADRIFT IN AN IDLE SEA

An interesting note from gcaptain.


The U.K. Maritime and Coast Guard Agency is warning mariners to keep a close watch for shipping containers floating in the English Channel after hundreds of boxes fell from the deck of a Maersk cargo ship last week.

Earlier this week, Maersk Line said that as many as 520 containers had been lost from the deck of the ship as she sailed through the Bay of Biscay on her way to Colombo, Sri Lanka. Maersk Line noted that that 85 percent of the containers were empty and that none of the filled containers carried hazardous materials. 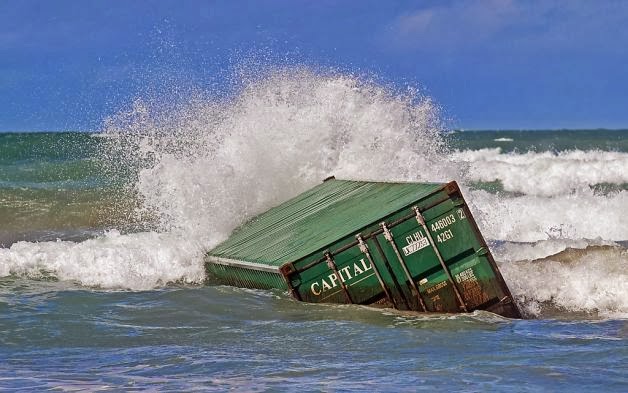 85% of the shipping containers outbound from Europe to Sri Lanka were empty when they washed overboard. Trade takes many forms and there are all kinds of reasons why a country exports containers full of goods and receives back deck loads of empty containers. It doesn't take a master of the dismal science to explain how empty ships can return to overseas ports; there to load goods to take back to the people with money. Spain was once the greatest practitioner of such an arrangement; boatloads of men to the new world on ships that returned laden with nothing but gold and silver.

Spain reaped such a profit on the deal that it became the richest and most powerful country in Europe.
Posted by HMS Defiant at 11:00 AM
Labels: Shipping news, Transportation