Much of my support for fighting the war in Afghanistan was simply because I thought the best way to fight islamic terrorists was on their ground. We suffered their repeated attacks on the World Trade Center and I figured we'd be better off as a society if we confronted them in a stand-up all out fight in their homeland rather than let them do here what they did in Afghanistan, Lebanon, Syria, and every other place islam has battled against modernity.

Ivan Eland wrote an interesting book about the kind of fight we are now engaged in. It makes for fascinating reading and yet it drives home one inescapable fact; once they move within our borders we cannot defeat them. Failure doesn't happen overnight and the results sometimes are almost invisible as your liberties are slowly eroded and swept away as the government attempts to exert control over the battlefield which, sadly, has become your homeland.

The complete preface to the book is available at the link above. Below are some extracts. As you get to the part about the guerrillas retreating to their sanctuaries between attacks, include on that list the modern sanctuary provided by untouchable muslim ghettos in the most modern western countries. The only way to defeat guerrillas is to summon the national will and to eliminate the struggle or concede defeat and negotiate a peace on their terms. 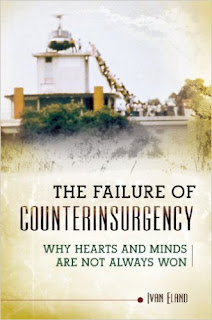 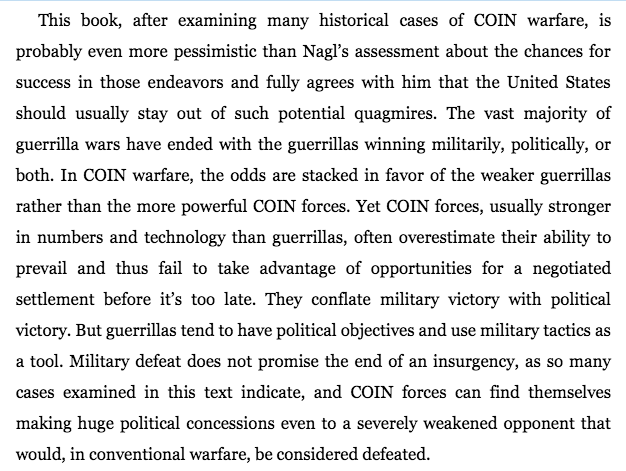 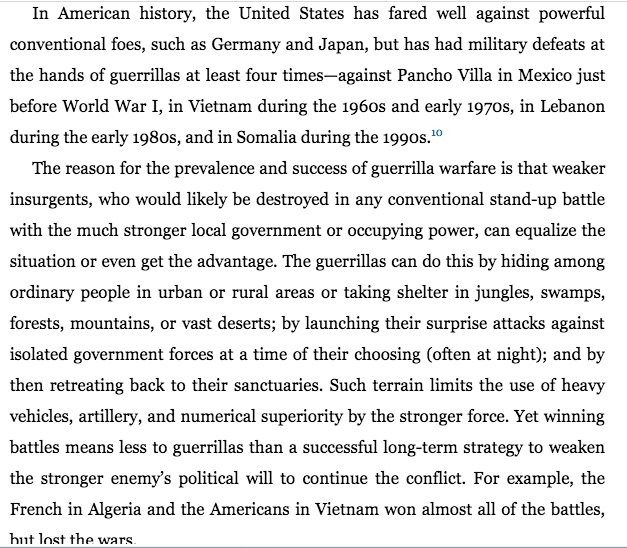