I have lost my faith in wikipedia and I say that even though I edit wiki articles. However, as an online repository of startling depth, I still like to delve into it in the wee hours and the hyperlinks can take me hours away from my starting point. I'm afraid my philosophy can be reduced to: read rather than sleep, sleep rather than eat, eat only when you must. I came by it naturally. At 8 all flashlights were confiscated and I wasn't stupid enough to read by candlelight so I hot-wired a D cell battery with a flashlight bulb and carried on reading. If I was hard to wake in the morning, so be it.

This is pretty cool. It is like so many of the wonders of a different age. I, for instance, never thought I'd find the Parthenon in Nashville, Tennessee. What a wonder that is. I really like the remnants of the World Fair and Exposition in San Francisco and Treasure Island. Very little is left in either place.

The ship above was built and sailed to the World's Fair in Chicago to celebrate the 400th anniversary of the arrival of Columbus and his men in the New World. The picture called to mind The Architect's Dream. 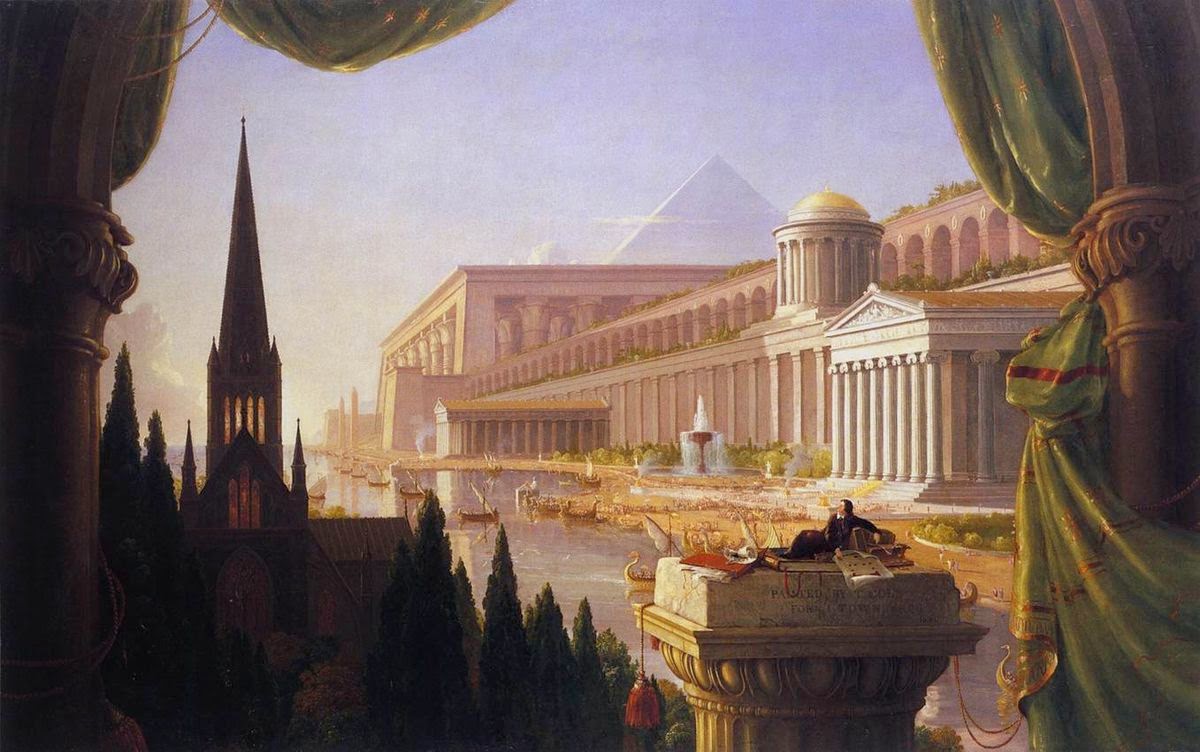 Posted by HMS Defiant at 6:30 AM
Labels: ships, Style and Grace