PUNTING SCIENCE DOWN THE STREET

I see and know that the Climate Warriors are now gathered in New York City to scream about the destruction of the people's sphere until they grow hoarse and weary and then they'll climb back on their busses and executive jets and fly to Lima, Peru to scream some more after a lie down. As an empiricist, I occasionally ask one of them what he hopes to achieve.

I know, I waste his breath and damage my ears but it's worth asking. If the conditions that exist now result in inevitable global warming, what steps could you or we possibly take to ameliorate them and keep the planet from continuing to warm forever? I mean to say, all the scammers claim that the atmosphere contains the lethal planet killing dose of CO2  at this time. They demand that we stop adding to the killing bolus but never address how to actually fix it other than demanding that money be taken from us and given to them.

Nobody ever discusses how we're going to make the existing greenhouse gasses that scammers claim cause global warming go away and so end precipitous global warming. On this topic, ve vill have SCILENCE! 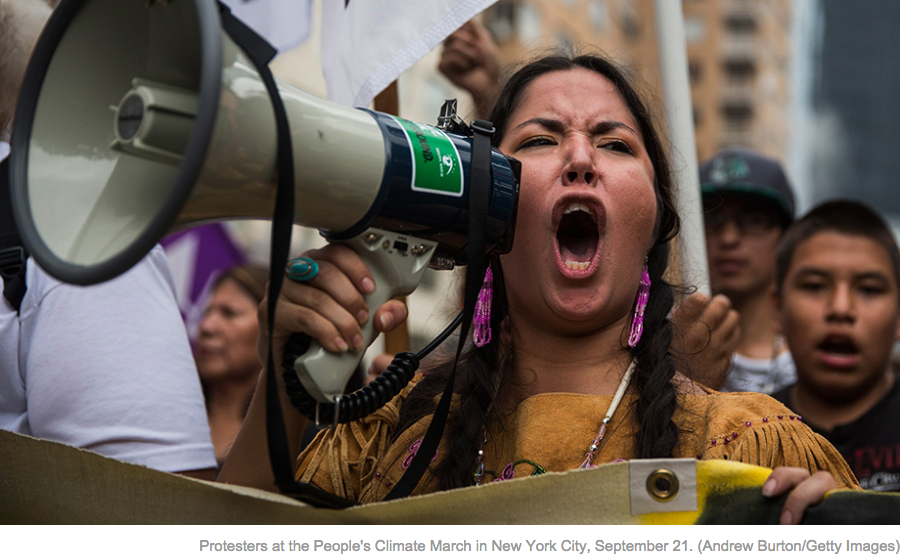 What part of this picture screams "SCIENCE"; and would you give it a megaphone?
Posted by HMS Defiant at 11:39 AM
Labels: Atmospheric Science