You know exactly where you stand with the ruling class when they decide to import people known or suspected to be carrying a death dealing plague that nobody understands. Any sane person would question why they do it but any paranoiac knows.

I don't think they really care about you and everything they do slaps you in the face with it. 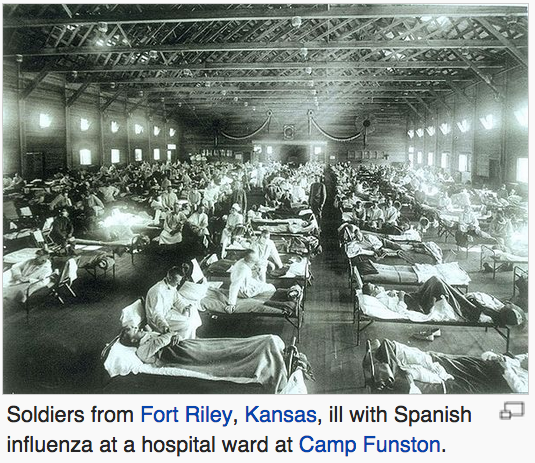 There is just one party that has spent the last 40 years polishing the "nothing to see, just move along" mantra and they pretty much got a lock on the 'peons don't matter' approach to ruling.

Some of my happiest younger years were growing up at Fort Riley. You won't find the graves of the thousands of soldiers that died in the camps around Fort Riley from the plague because a prairie fire ages ago burned all of the wooden grave markers. The graveyard was a pasture roamed by buffalo when I was a boy there. There was nothing to mark their passing. Like sailors, they vanished one day into the mist.
Posted by HMS Defiant at 4:08 PM
Labels: America, Army