PROXY WARS ARE SO 20TH CENTURY

For the moment and the foreseeable future it looks like the old fashioned proxy wars that ate up so much of the 3rd World during the last century are finally over. They ended decades ago in Europe and in Asia. They may have lingered in some of the unimportant little places that nobody much cares about but for the most part the vast military machines created during WWII and added to during the half century Cold War are relics of a forgotten time.

These days most of the young seem to vote communist and all the intellectuals and sport stars agree that Hugo Chavez, Fidel, Mao, Kim and Kirchner are all top notch A number 1 guys (except Cristina). They vote communist here and reckon it's a fine ism with no appreciable downsides. One has to think as they do that the Killing Fields were a justified extension of organic farming using pesticide free fertilizer but once you slide over that little bump everything else falls into place. 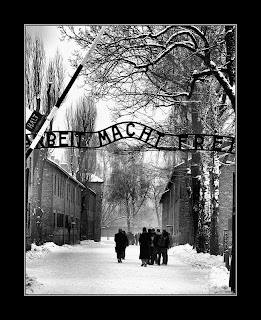 There are no existential threats to the continued glorious existence of the West except for deforestation, acid rain, global climate change, the sun, asteroids, those creepy tuna fish substitutes on sale at sushi places everywhere and maybe the Tea Party. They are all prone to overreact to the damnedest things but they have coalesced around one good idea. People must be controlled by their superiors for their own good.

The funny thing though is that every single other time this country thought that it had reached the end of war and ugly things like that, it was wrong. You know it was less than a hundred years ago that the Kellog-Briand Pact made war against the law. Yep. We passed a law about that.