We don't hear about the hopeless cases so much anymore. There are places (not just Philadelphia) where the human condition has fallen so far that we have lost sight of it. I could be wrong. I disconnected from cable news and entertainment long ago and stopped reading papers when it became clear that most of the alleged news beyond the Pale was from the AP and thus utterly worthless. Africa may not have been completely abandoned by the press militant. They may still have their correspondents there reporting on the doings of the Ghanians, Malians, Rhodesians, etc but with the onset of Arab Summer I have seen little to no reporting anymore out of Libya, Tunisia, Morocco or our friend in Egypt. That changed today while reading Spengler. As usual he describes things very well.
There is no money in Egypt and the Muslim Brotherhood running Egypt now is making sure that it stays that way. They don't approve of infidel tourists. They don't approve of infidel antiquities. Pretty soon they'll try the Kim or Argentine trick and start making bellicose threats about attacking the evil ones in order to distract their own people from the fact that there is no money and no food. Honestly! You'd think with the rich example set here they could blame Aliens, Tea, Parties, or Global Warming and pull together the scratch to keep the lights on and the masses fed but no, we know who they'll blame don't we?
I think Egypt might be the genesis of the wonderful story about the king who spent all the money in the treasury buying weapons and soldiers and responded to his ministers who moaned, "the people will revolt if we do not do more for the poor," by replying, "I'll be ready for them." At least they'll have plenty of tear gas....till they run out. 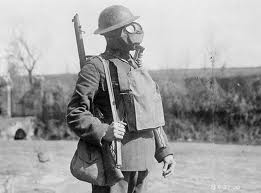 It goes without saying doesn't it? They're our 'friend' in the middle east. The Shah's laughing his head off.