I read a fascinating article about the Euro scheme in the Financial Times yesterday before it disappeared behind the pay-wall. Fortunately, it is referenced in Walter Russell Mead's blog Via Meadia in The American Interest. It is well worth a read if you're interested in what the future may hold for Europe and the Eurozone as Germans become aware that they are subsidizing the high-life of Club Med households in southern Europe with much larger net worth than German households. Britain has been doing the same thing now for decades as it supports far higher payouts and subsidies for everything in Scotland while denying or severely curtailing the same services for the English. I'm not at all sure how that works either. 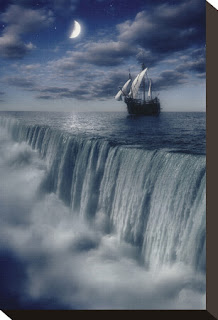