He served in World War II and died fighting in a largely forgotten war in Korea a long time ago. The Department of Defense announced yesterday that he will be buried April 17, 2013 in Arlington National Cemetery. His fate was bound up in the third wave of the Korea War. There were many a Forlorn Hope in the first wave as the United States Army traded in the most precious commodity for time to reinforce the peninsula through the port of Pusan. There were probably fewer as the United Nations counter-attacked the communist forces and drove them back everywhere until finally, as the forward elements of those Armies reached the Yalu River, the Chinese attacked and overwhelmed the forces in the van of the UN attack. These two men died there. 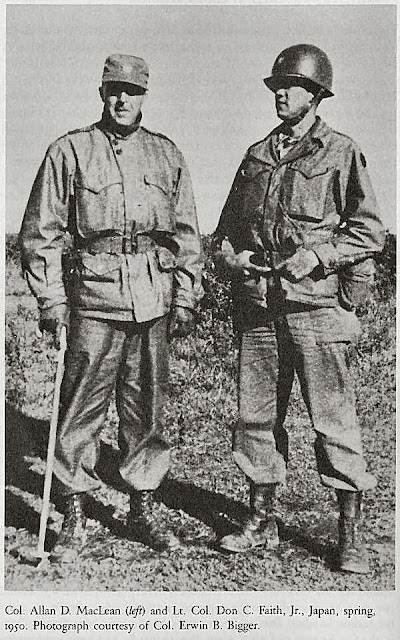 I don't think it is possible to really know exactly what happened to Task Force MacLean, later Task Force Faith when the Chinese Armies attacked but for an idea you could do worse than this place. That said, it was a total disaster.