I was called to come and pick up a young lady the other day and to take her to campus where she wanted to go. She had boarded the wrong bus and found herself in an unfamiliar place and phoned for help. She was from deeper in the MassifCentralis where to describe the housing and neighborhoods as blighted is to have a PhD. in understatement. I looked around the neighborhood I found her in and it was nice and it struck me again why some people won't pick up and move away even from the very worst places on earth.


A lot of people still live in various hellholes on earth and won't move and I wonder why not? What keeps any person living in Detroit? It cannot be the job so good that it cannot be beat elsewhere. I lived in Detroit and I won't go back. Even Karachi is nicer and probably safer than Detroit or Chicago. Let's face it. When you can be a member of the high school band that played for the President of the United States one day and be shot to death in your own neighborhood the next day, it's passed time to find a new place to live in another environment.

On the gripping hand, there are some people that nobody wants to have around.  Like these little sneaks that won't even look you in the eye. 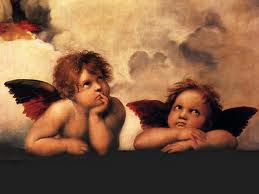