If we didn't think play was fun why would we do it? It sort of looks like bureaucrats are dead set against American corporations using the existing laws to rid themselves of an onerous tax by telling them that they cannot buy some minor company overseas and then shield themselves legally from the 35% American corporate tax on everything including overseas profits. I'm OK with those bureaucrats flaunting a power I don't think they have.

Well, not really. Truth be told, I'm a pirate.

Can you imagine what will happen in DC when a corporate tycoon strolls across the border, gives a man there a dollar and says, "use this to buy GM or Boeing?" Yep, he'd give it to a man named Bill Clinton and the result would be the same. One more company just off-shored itself for no good reason at all...except shedding that 35% tax.

For no reason at all, I decided to throw in a picture of a beautiful girl at play. Wiley. That's what I am. 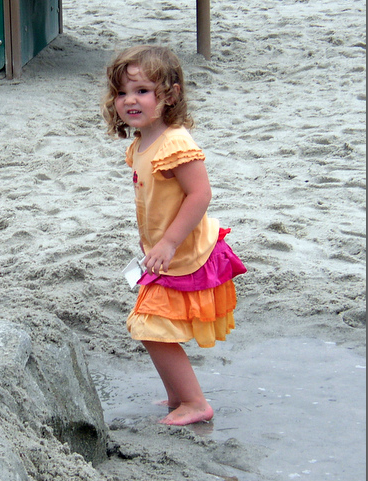 Posted by HMS Defiant at 9:30 AM
Labels: Letters to my daughter