I made the mistake of reading the news today and the Wall Street Journal. There were many stories about some of the changes that are shaping society. There is the increased militarization of the law in all its aspects ranging from Food and Drug Agents to the Militant Order of Armed Librarians. There was the endless diverting by the President to try to keep the lidless eye of the press on Zimmerman vice the Obama Scandals that would have destroyed careers and possibly aspirations of other parties but leave this wreck untouched. I don't think I have the modern day equivalent of BDS but this is getting ridiculous.

All that said, the news was filled with several viewpoints of the fiscal collapse of Detroit. It took 60 years of pure unadulterated hard work by progressives to destroy the city to the point it finally collapsed and sued for bankruptcy. We could argue that it first collapsed when it turned to Progressives back in 1962 to run the city and then sat and watched as they progressively destroyed the schools, industry, jobs, family, civil society, hospitals, emergency services, power and light of the city without making even the feeblest attempt to rein in the corruption, graft and thievery that destroyed a great city. It didn't happen overnight and not everybody failed to see it happening and the people that saw that the majority were hellbent and hellbound finally had no choice but to leave even if that meant abandoning unsellable property. And that's what they did. The industries left. The skilled workers left. The carrion eaters stayed and made more carrion while squatting on the ruins of a magnificent city.

Well, you can't win them all. But it's hard to believe that the destruction and ruin of Detroit wasn't just a one-off. It wasn't some kind of accident that nobody could have foreseen. It was foredoomed when the people of the city chose to dispose of two party government and to remove all checks and balances on power. Power corrupts, and absolute power corrupts absolutely. As with Detroit, but long before America's 5th largest city, were the other industrial cities in America that chose poorly when it came to electing democratic rulers to govern the commonweal. The ones I remember from my youth were the old mill towns of New England. They went bad three generations ago.

All the great industrial cities were gutted in less than 2 generations by the infinitely dangerous Progressives who never saw a gleam of a dollar 25 years in the future that didn't belong to them in the here and now. Look at Chicago which elected to sell its parking meters (all 36,000) of them to a company for 75 years! They sold them for a billion dollars and spent that money in under 2 years and now will not enjoy a dime of revenue from parking for another 73 years. What kind of stupid idiotic moron does that and is allowed to get away with it? It's as bad as the cities in California that are willing to borrow one hundred million dollars now and not repay interest or principle for 20 years which leaves the next generation to pay ALL of the cost for something they had no say in at all.

The profound thinkers of the aristocracy ponder the rebirth of the great cities like Detroit and think it can be done if we just find a way to get the city to focus on the things that a city should focus on and stop doing the things that a city should not do. That leaves one little problem that I see. What are we going to do with the 700,000 people living in the current blight known as Detroit? They're what's left of the reason for the blight and nothing about their situation strikes them as anything they did wrong and they won't stop voting the straight Progressive ticket as long as they live. Bread and circuses and wonderments forever.

Wait. Is all the talk from the profound thinkers about urban farming in Detroit after re-clearing the land just another shady way of moving some folks back to the latifundia and currying them out of the body politic? 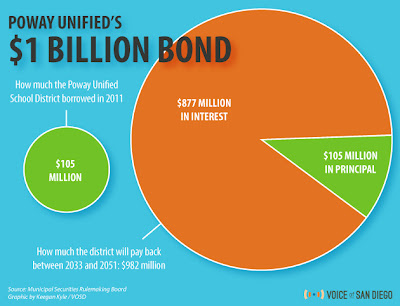