POWER TO THE PEOPLE

Have you ever noticed that we seem to have skipped over a few of the more interesting foibles of our European and Asian cousins who gripped the revolutionary bit between their teeth and proceeded to whack without mercy the ruling class? From the English Civil War and beheading of King Charles to Pol Pot and the massacre of the educated citizenry, successful revolutions usually result in death and beheading  and gulags all around. Our revolution was a relatively tame affair from the distant end of this temporal scope. I'm sure those that fought and died in the Tory Loyalist ranks and the Revolutionary ranks would beg to argue. Banastre Tarleton was a dirtbag but he was probably the last angry man to try to express his feelings towards the objects of his hatred at the head of a small regiment of men in America. He intended to rip from the signers of the Declaration of Independence he could catch: their lives, their fortunes and their sacred honor.
We may accept the arguments put forward by the 99% about the 1%, or not. It's fascinating that so many of the Illuminati agree with the 99% they sponsor and idolize. That 10% of the 1% encourage the little tricksters and pixies to go rubbish and trash the 1% they hate and revile. The Illuminati shriek for strong and direct action and encourage the Mob. They never think it will come for them.
You know the rest of the world, when they revolt against the existing power structure? They don't mess around. It's firing squads, dungeons, and exile for the ruling class. A lot of them didn't make it out of French revolution alive. Why do the leftist elite assume that the mob won't show up at their doors come the Revolution? 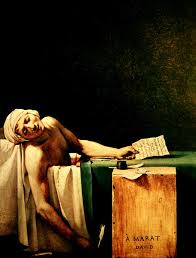