THERE IS A TIDE

Things that cannot go on forever, don't. Forever is an easy illusion since it does but constitute the political lifespan of your average politician. But, as with all things seen in the light of day, illusion shatters when the common acceptance of fundamental agreements on what constitutes the term, 'going on forever', is called into review. I wrote the other day about the default of the city of Detroit. The collapse of Detroit is so epic it beggars the imagination. To put context around the black hole that Detroit has become let us look at some of the other recent cities that circled the drain.

Everybody remembers New York, New York. It was short a measly billion dollars and nobody was prepared to lend the city that kind of money without guarantees. After some contentious and mean spirited hi-jinks, Congress allowed that it would loan New York City $2.3 billion for 3 years. This was followed by the great MetroParkCentralis default in 1978. This was notable because Cleveland became the first city to go into default since the Great Depression.  From  Case Western Reserve University


DEFAULT (15 Dec. 1978-16 Nov. 1980) occurred when Cleveland was unable to repay $14 million in loans owed to 6 local banks, and was subsequently unable to market its bonds for almost 2 years. The default meant that investors in the national bond markets would not risk buying the municipal bonds Cleveland needed to finance improvements, and that Cleveland must submit to financial supervision by the State of Ohio.

The city's fiscal problems had became acute during the administration of Mayor Ralph Perk, 1972-77, when general expenditures increased about 45% and revenues were unable to cover the shortfall. Using an approved procedure, $17.8 million was borrowed from Water Dept. bond funds for operational expenses. Dennis Kucinich, elected mayor in 1977, continued the practice, and when $50 million in bonds were unaccounted for in July 1978, the bond-rating agencies downgraded the city's credit rating. On 15 Dec. 1978, Cleveland was unable to pay off $15.5 million in short-term notes, of which $14 million were held by 6 local banks (the remaining $1.5 million was held by the city). The mayor's plan to guarantee payment of the notes was rejected by the Cleveland Trust Bank, who regarded it as a stop-gap solution to the city's long-term financial problems, and Cleveland was forced into default. The situation remained unresolved until 27 Feb. 1979 when voters approved an increase in the city income tax from 1% to 1-1/2%. Geo. Voinovich replaced Kucinich as mayor in Nov. 1979, and the following year he put together an acceptable 3-year $36.2 million refinancing plan to pay off the $14 million in notes. Cleveland was the first major city since the Depression to default on its loan obligations.

Orange County, California achieved notoriety when it went bankrupt after rather stupidly investing in derivatives and lost $1.5 billion. As the 6th most populous county in America, it didn't take long to recoup its market losses.

The estimates I see for what Detroit owes boggle the mind. The estimates range from $15-20 billion. They want you and me to step up to the plate and honor their promises to themselves. Laugh. That is the same situation the next generation faces when they will be told they must pay for our promises to ourselves.

How is it that Cleveland went into forced default over inability to pay $15 million due to creditors but an insolvent criminal enterprise like Detroit was able to continue to rack up debt to the tune of billions of outstanding dollars with no regulator or fiscal authority stepping in? How does that happen? Who audited their books every year? Who lends money to such a criminal enterprise? Are their loans guaranteed somehow? Who guarantees such loans? Why is nobody going to jail? ENRON and Global Crossing were not such criminal enterprises but their executives are dead or in jail now. ENRONs auditor, one of the top 3 in the United States, collapsed in the scandal.

Is the $ amount we see here a reflection of just how worthless the $ has become in 2013 that in a mere 40 years $15 billion became the equivalent of $15 million?

I've said it before and I'll say it again. The governments of the United States collectively owe trillions of dollars that they do not and never will have. They have mortgaged the next 5 future generations to pay the debts racked up by the baby boomers and what will those future generations see for that money? They won't see glistening new highways and bridges and tunnels and infrastructure. They won't see magnificent public buildings that will last 200 years. They won't see institutions of higher learning that they can afford to send their children to. They won't see a safe and prosperous country in which to live and work and raise a family.

No. They are going to see Detroit on a national scale. Once great transcontinental railroads fallen into disrepair and abandoned. Interstate highway systems that end at the river because the bridges all collapsed.

I was looking at some things today for a peer who is a little challenged. He is probably the most credulous man I've ever met and he believes everything he reads at Dailykos and the New York Times and espouses everything he sees on MSNBC. He also believes in man-made global warming because it is the nature of government and government's lackeys in the media to create fear out of nonexistent dangers in order to keep the people from noticing the truly important things. For instance, when Congress asks the Chairman of the Fed if he is printing money that he uses to inflate the stock market he replies, "not literally." Of course he isn't literally printing the money. He is using electronic fund transfers and chicanery to hide the fact that the Fed, using its own nonexistent authority is pumping $85 billion per month into the markets. That's $85 billion per month more than Congress authorized, appropriated or budgeted. It's fake money with a Seal of Approval that says Federal Reserve Bank of the United States. It's just the money supply and it belongs to Ken.

All of them are kicking the can down the road because they think they can get it far enough down the road that it won't damage them after they retire and it explodes. That's what the Eurocrats running the EU thought too. Their system is collapsing as dramatically as Detroit did. I wonder what new and innovative technique the mob will come up with to exterminate the bankers. In Greece last year they were pretty pedestrian and decided to burn a few tellers alive. Perhaps they'll be more original when they get their hands on the bank's janitorial staffs.

But there is always a bright side. 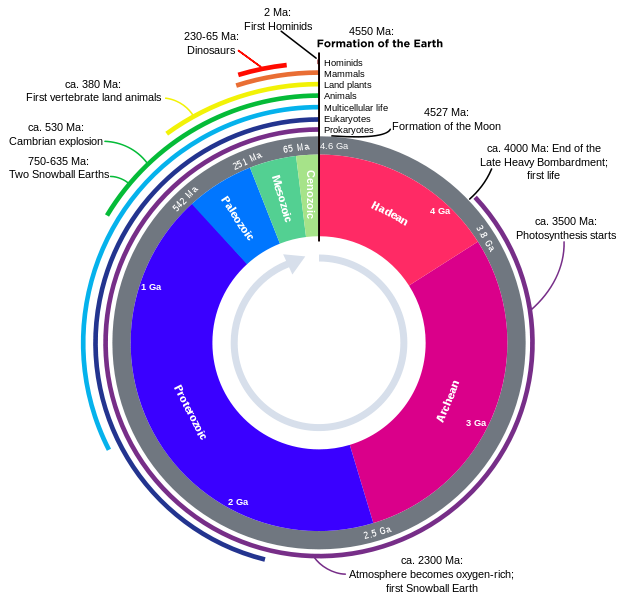 There could be another Ice Age.
Posted by HMS Defiant at 6:30 AM