HOME IS THE SAILOR

Home from the sea 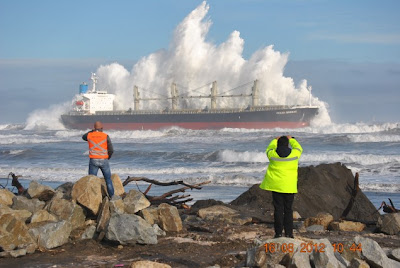 We had a great time.

I was away from all of the news and the tubes for the last 9 days or so. It was very relaxing...except the Scrabble and the Cards Against Humanity... maybe.

I saw this picture in my email from gCaptain but I thought it served best as an allegorical picture of the impact of islam on the world. I was stationed in Arabia for many years and met and worked with many fine arabs but I am forced to admit that islam is inimical to civilization. All civilizations, not just the West. I don't doubt for one second that if the heirs of the attackers of Breslan or the slaves of God that launched 9/11 had access to atomic weapons or other WMD that they would use them in a heartbeat.

The West passed through the Enlightenment several hundred years ago but there is not one single sign that islam will ever elect to join the race.* They have not yet begun to even open their eyes to the light of reason and likely never will.


"Indeed, the total number of books translated into Arabic during the 1,000 years since the age of Caliph Al-Ma’moun [a ninth-century Arab ruler who was a patron of cultural interaction between Arab, Persian, and Greek scholars—WPR] to this day is less than those translated in Spain in one year. The report noted that Arab rulers stay in office all their lives and create dynasties that inherit power, and the peoples are unable to institute change."

Read this link on arabic literacy and translation.