MUST BE UNANIMOUS IF THERE IS NO DISSENT

The British parliament have spoken. They have decided by a vote of 304 to nothing to hold a referendum on staying within the EU not later than the end of 2017. I'm sure it's nothing more than a pretty little stunt but it shows more jungle smarts out of the British ruling class than I expected. For years they've simply pooh poohed the idea away. Now they have to have somebody, anybody, come in and make an argument that speaks powerfully in favor of the quangos in Europe. I don't see how they can do it but then I never thought Americans would be stupid enough to vote twice for Obama. I don't know what the average Briton sees in remaining within the EU after they so thoroughly rejected the Euro which appears to have been the major reason for the EU.

I'm reading a little further afield than is my wont these days and found this article on Irish banking interesting. Reading it is troublesome and calls to mind much of what happened in Iceland and of course what just happened in Cyprus. I swear the curtains keep blowing and every glimpse behind them simply shows that there is nothing there. There's nothing at all. 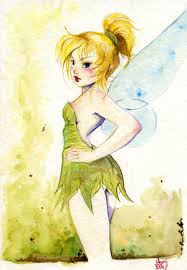 If you believe, you know what to do.
Posted by HMS Defiant at 6:30 AM