In peace and prosperity, states and individuals have better sentiments, because they do not find themselves suddenly confronted with imperious necessities; but war takes away the easy supply of daily wants, and so proves a rough master, that brings most men's characters to a level with their fortunes. Revolution thus ran its course from city to city, and the places which it arrived at last, from having heard what had been done before, carried to a still greater excess the refinement of their inventions, as manifested in the cunning of their enterprises and the atrocity of their reprisals. Words had to change their ordinary meaning and to take that which was now given them. Reckless audacity came to be considered the courage of a loyal ally; prudent hesitation, specious cowardice; moderation was held to be a cloak for unmanliness; ability to see all sides of a question, inaptness to act on any. Frantic violence became the attribute of manliness; cautious plotting, a justifiable means of self-defence. The advocate of extreme measures was always trustworthy; his opponent a man to be suspected. To succeed in a plot was to have a shrewd head, to divine a plot a still shrewder; but to try to provide against having to do either was to break up your party and to be afraid of your adversaries. In fine, to forestall an intending criminal, or to suggest the idea of a crime where it was wanting, was equally commended until even blood became a weaker tie than party, from the superior readiness of those united by the latter to dare everything without reserve; for such associations had not in view the blessings derivable from established institutions but were formed by ambition for their overthrow; and the confidence of their members in each other rested less on any religious sanction than upon complicity in crime. The fair proposals of an adversary were met with jealous precautions by the stronger of the two, and not with a generous confidence. Revenge also was held of more account than self-preservation. Oaths of reconciliation, being only proffered on either side to meet an immediate difficulty, only held good so long as no other weapon was at hand; but when opportunity offered, he who first ventured to seize it and to take his enemy off his guard, thought this perfidious vengeance sweeter than an open one, since, considerations of safety apart, success by treachery won him the palm of superior intelligence. 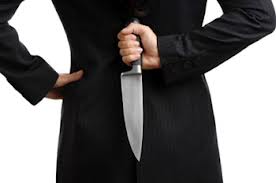 Indeed it is generally the case that men are readier to call rogues clever than simpletons honest, and are as ashamed of being the second as they are proud of being the first. The cause of all these evils was the lust for power arising from greed and ambition; and from these passions proceeded the violence of parties once engaged in contention. The leaders in the cities, each provided with the fairest professions, on the one side with the cry of political equality of the people, on the other of a moderate aristocracy, sought prizes for themselves in those public interests which they pretended to cherish, and, recoiling from no means in their struggles for ascendancy engaged in the direst excesses; in their acts of vengeance they went to even greater lengths, not stopping at what justice or the good of the state demanded, but making the party caprice of the moment their only standard, and invoking with equal readiness the condemnation of an unjust verdict or the authority of the strong arm to glut the animosities of the hour. Thus religion was in honour with neither party; but the use of fair phrases to arrive at guilty ends was in high reputation. Meanwhile the moderate part of the citizens perished between the two, either for not joining in the quarrel, or because envy would not suffer them to escape. Thus every form of iniquity took root in the Hellenic countries by reason of the troubles. The ancient simplicity into which honour so largely entered was laughed down and disappeared; and society became divided into camps in which no man trusted his fellow. To put an end to this, there was neither promise to be depended upon, nor oath that could command respect; but all parties dwelling rather in their calculation upon the hopelessness of a permanent state of things, were more intent upon self-defence than capable of confidence. In this contest the blunter wits were most successful. Apprehensive of their own deficiencies and of the cleverness of their antagonists, they feared to be worsted in debate and to be surprised by the combinations of their more versatile opponents, and so at once boldly had recourse to action: while their adversaries, arrogantly thinking that they should know in time, and that it was unnecessary to secure by action what policy afforded, often fell victims to their want of precaution.
Chapter X of Thucydides 'History of the Peloponnesian War'


Thucydides lived through that war that lasted 30 years and wrote about as it happened 2400 years ago. How little have we changed since then could be read from today's headlines. In fact, it was doing some reading earlier and some writing elsewhere that I recalled, as I have many times, the words above. Anyone who makes the study of history his own will often know what outcomes
result from any given action or lack of action. Reading this was depressing since it pretty much sums up the current and future state of affairs in this country. Trust has left the continent. 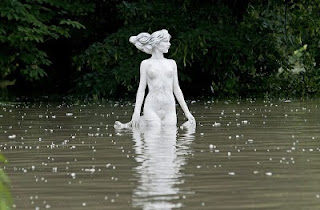 I read a different translation of Thucydides while taking Strategy and Policy with the Navy War College. I enjoyed it all. The language leaped off the pages.  I was serving in my first staff appointment and as a partisan back then supporting Stu Cvrk, Frank Rytell and Jim Brooks to keep Inshore Undersea Warfare alive. I used a lot of the words and phrases I learned at the War College, not in war, but in verbal and written combat with Maritime Defense Zone, Atlantic. It was a bitter struggle and neither side was interested in taking prisoners. What bugged me the most about the MARDEZLANT partisans was how dishonest and untrustworthy they were. They were spoilers and ruiners. They were as Saruman to the Sauron running government today.
Posted by HMS Defiant at 6:30 AM