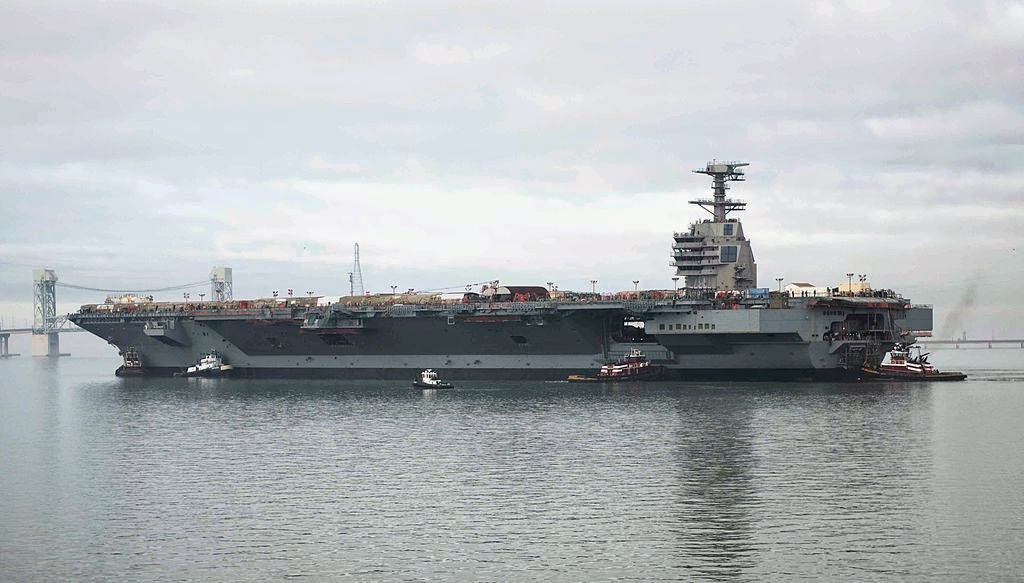 Yes ladies and gentleman, it is the US NAVY's newest aircraft carrier. That's about all it can do. The builder will deliver it to the navy on 31 March 2015 and the pathetic beast can neither launch nor recover aircraft. Kind of a dismal failure.

Everybody went bleeding edge during its design and construction. Naysayers and doubters were treated like climate skeptics and brushed aside as seminal losers. Who's the loser now?


Two technical issues will receive the bulk of attention. First is the electromagnetic aircraft launch system, or EMALS, which replaced the steam-powered catapult system. It is "ahead of the curve," Moore said. Two of four catapults are built. The ship will launch dead loads (weighted sleds) into the James River in June.

And then there is the advanced arresting gear, arguably the source of most headaches during the carrier's construction. The system could manage only 20 arrests between failures – a rate 248 times higher than should be expected, according to an April 2014 Congressional Research Service report. This led to a major redesign of the water-twister, which absorbs about 70 percent of the energy during a landing.

Once the thing is signed for by the navy all the problems become Navy problems and the builder is off the hook. This is where they make the big money, fixing problems that should have prevented the Navy from signing for the ship in the first place.

No wonder all of us believe in the Sequester. Let these morons (NAVSEA/NAVAIR) have more money and they'd just waste it on drink, drugs and fast women.
Posted by HMS Defiant at 5:05 AM
Labels: not viable, Truth, USN