I'll admit to being surprised that the US Army actually had the balls to do this. I was sure that Private Bergdahl was going to scoot under the wire and make it home. I sorta kinda have massive contempt for the princes that rule the Army. Nothing ever fails the smell test in the Army. Bergdahl deserted in the face of the enemy. He was the enemy. He's been in Army hands now for over a year but they finally decided that an example had to be made. Pour encourager les autres. The French Army practiced the old Roman rule of decimation. We're a bit better than that. 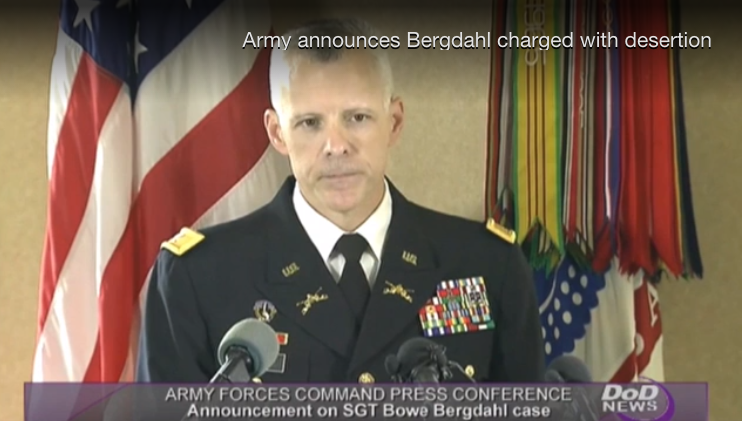 Everybody knew he went over to the enemy. On the other hand, it wouldn't do to get all giddy about instant justice like colleges and universities do these days. A measured approach is the best approach in a legal case.

Over the years, various people insisted that I stand up and speak to the TEWG and the ESG and I did. I'm terse by nature and by training. If I was the spokesbeing, I'd have tersed the reporters right out of their seats and been done with this story in 15 seconds.
Posted by HMS Defiant at 4:00 AM
Labels: bright and shiny as the truth