SONG OF THE SOUTH

Kurt Schlicter has something to say about the government shutdown. I think what he wrote just about covers the facts.


To the extent that a shut-down hurts some of the government’s few useful employees, like the members of our military, I eagerly look forward to Chuck n’ Nancy and the other circus freaks who make up the Democrat Capitol Crew explaining to the American people why they chose to make our men and women in uniform suffer so the Democrats can import some new ballot stuffers. “Support the troops unless we need to screw them over so we can ship in foreigners to vote for future Maryland Senator Chelsea Manning” seems like a flawed message, which is why I heartily encourage the Dems to try it out.

We all saw the elaborate kabuki theater of the last shut-down, where Obama’s minions took a break from using our intelligence services to spy on Felonia Milhous von Pantsuit’s political enemies and made sure that the shut-down effects were as public and inconvenient as possible. The Democrat media soiled itself with delight as it covered sad schoolkids forbidden to gaze upon the Washington Monument because the GOP hates children, the Washington Monument, and gazing.

This may prove to be more of a test than people realize because previous government shutdowns have mostly been a contest in the Senate to reach the necessary 60 votes to send a bill to the President for signature. This President may be looking a little further downstream than most of his predecessors who were just plain terrified of a government shutdown (most of them were politicians and deeply worried that the American public might discover just how little they actually needed the government). All the theater now is about getting the 60 votes and few are talking about whether or not President Trump will sign a bill that flies in the face of his base.

President Trump is not a politician and he can look a little further downstream and see that just letting another 700,000 democrats stay here necessarily means, based on current law, that they can drag in 30,000,000 more people like them and let's not forget what kind of people we're talking about. We're talking about the kind of people that voted Hugo Chavez and Maduro into power and undertook the destruction of Venezuela because they thought price controls set by the government would keep prices down and looting the stores was justified if they were hungry. They're the same kind that love rent control and moan and cry about the lack of affordable housing.

I think there might be just one or two men left in Congress that have even a shred of sense when it comes to the future and long term consequences of constantly caving in to the sort of people that think Stalin was a statesman and Chavez and Castro were popular leaders who made good things happen to their countries and constituents. One of them just got back to work after being blind-sided by a democratic thug a couple of months ago while moving his grass.

The one surprise tonight as I watched the government shut down was the total absence of the human stain known as McCain. 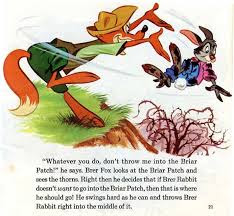