BLINDED BY THE GLARE OF THEIR OWN LIES

The senate democrats made a fundamental mistake. Well, to be honest, they've made millions of mistakes. Their latest screw up can be described as monumental and it is based on their own limitations and the limitations they have spent decades meting out to their ideological enemies on the center and the right.

Democrats in Washington DC read the New York Times and the Washington Post. They subscribe to those papers. They only watch PBS and the former big 3; NBC, CBS, ABC and will only willingly open their eyes if CNN or MSNBC is on the telly. They literally don't see anything from the rest of the world. Naturally, they tend to think that all democrats are just like what they see on TV and read in the papers who, influenced by the NYT and the rest of the propagandists, will support and defend their representatives who are eager to show their dedication and strike a blow for gays and trans and illegal aliens.

As with Flounder in Animal House, they fucked up. They trusted that the media was getting it right and reporting reality. Unfortunately, their media hasn't gotten it right since the NYT sent Walter Duranty 1 to Russia to report on the successful Bolshevik Revolution and got back nothing but lies and damned lies and lapped them up as truth.

The media lies to the people in this country and always has. When the media were a monoculture controlled by the left wing and the communists, it quickly eliminated any vestige of accuracy, honesty or truth from its reporting. You know this is so simply based on how many democrats are absolutely convinced that Cuba is a worker's paradise and the Soviet Union was a just and fair society right up until Yeltsin and Putin overthrew Gorbachev and the enormous number of democrats who think that Venezuelans just haven't fully implemented the socialism that democrats here in America preach as the beginning of Utopia on earth.

What happened though, for the first time, is that the democratic ruling elite actually drank the cool aid and believed the crap that the media broadcasts as news. They lapped it up like it was Kentucky's finest bourbon. They totally believed that all proper thinking well indoctrinated Americans would rather shut down the government in order to support bringing in more illegals than would support that evil devil Trump.

God were they played by their own weapon. The media let them down.

For believing all the lies and drivel they read from their own propaganda organs they were blindsided by the hate they got from their own constituents and, as shown by the hasty nature of the vote, McConnell let them off easy for being stupid and blind. 31 senators changed the 'minds' in just three days and voted to approve a continuing resolution and there is just about zero chance that anybody is going to push a bill saddling President Trump with DACA. That was Obama's personal mistake and it is the Democrats huge burden and only a thunderously stupid jackass like Flake or McCain would let them try to offload any part of that suicide pact on republicans or the rest of us.

It's not the first weapon to turn in the slime coated hands of democrats in Washington. Their weaponization of the executive branch and its agencies has taken a terrible toll on America over the last 8 years and is only now beginning to be revealed. They thought that their ownership of Hillary gave them ownership of the DNC and that ownership of the DNC gave them ownership of all computers on Capital Hill and that their agents in the FBI and Justice Department would wage successful war and pull off a stunning coup ridding America of it's elected President. Sadly for them, all of this is coming out now into the light of day.

There are an awful lot of evil people who worked from within the government to topple the Constitution and they all need to go to jail for a long time. The people really need to keep an eye on their government and make damned sure they don't set up an untouchable secret police state to run things behind the scenes. FISA has to go. The government has no right to spy on us. None at all. 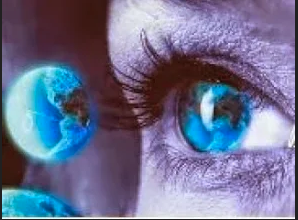 1.  In response to Stalin's Apologist (1990), the critical biography by Sally J. Taylor, the New York Times assigned a member of its editorial board, Karl Meyer, to write a signed editorial about Duranty's work for the Times. In a scathing piece, Meyer said (24 June 1990) that Duranty's articles were "some of the worst reporting to appear in this newspaper." Duranty, Meyer said, had bet his career on Stalin's rise and "strove to preserve it by ignoring or excusing Stalin's crimes."

That last sentence has a familiar ring doesn't it? That's just what CNN did for Saddam Hussein and what the NYT, Washington Post et al have been doing for the Clintons since the beginning.
Posted by HMS Defiant at 10:30 AM
Labels: social war