The Deep State's Head of the Armed Wing of Bureaucratic Corruption and Total Ineptitude has been pushed out of the FBI. 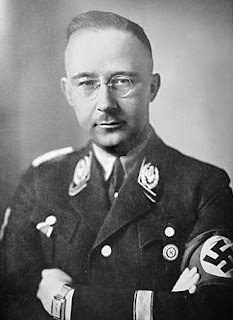 Andrew McCabe spent over 20 years subverting and perverting justice at the Federal Bureau of Investigation. Cleverly disguised as the apparent number 2 in the Party Organization of the Democratic Party FBI, McCabe distinguished himself in leaking to the press, taking money from Hillary Clinton and generally screwing up every single aspect of the long troubled and increasingly incompetent FBI.

He won't be missed. Literally, won't be missed since he intends to stay on in some undistinguished Party role for a couple of more months until "his" retirement vests.

Some sources consider that he is likely to be the first of the Deep State apparatchiks to be condemned by Congress and subjected to actual law enforcement investigation and imprisonment.

It is interesting to note that he claims to be stepping down and not being fired due to woeful incompetence in every single aspect of running the bureau of investigation, total lack of integrity, dishonesty and corruption on a massive scale and inability to keep track of any evidence of crimes or wrongdoings perpetuated by the militant resistance wing of the Democratic Party and Deep State.

It will be interesting to see what lawyer and law office represents him at his upcoming trial.

UPDATE: Congressman Gowdy hints at what we will see in the memo that probably resulted in McCabe getting pushed out of office. It will be interesting to see if Rosenstein is next or the two FBI lovebirds who conspired to torpedo Trump and whisked away all the evidence of Hillary's espionage.
Posted by HMS Defiant at 3:10 PM
Labels: Deep State