Yep, the democrats in Congress are going to yield to the base impulse that motivates them the most and they are going to shut down the government of the people, by the people, for the people because democrats think illegal aliens are way way way more important than mere subjects of their particular realm. 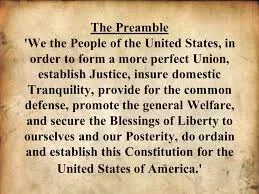 You can see the same idiocy in California where local governments are deciding to divert millions of taxpayer $ to hire legal defense teams for the illegal aliens trying and fighting to stay in our country. That's right little Suzy and Bobbie, the libraries in your towns will close so smug lawyers can be paid $300.00/hour to defend the indefensible. Those potholes in municipal roads and homeless shelters will have to be put on hold because democrats demand all your $ go to the so-called dreamers.

Let's see how it goes.

Judge to smug illegal alien and smug lawyers, "... entered the country illegally without proper immigration papers and documentation and failed to leave, how do you plead?"

Judge, "Documented felon here in the country illegally, no proof of legal residence, no meaningful birth certificate. Guilty and out you go."

That's not how it plays out in court but the meat of the matter is laid bare here on these web pages and there really isn't much more that can be said other than the ritualistic artful dodging performed by any performer who gets the people's representatives to pay $300.00/hour for theater of the absurd. A good liar can draw it out for hundreds of hours and tens of thousands of dollars. California is stuffed with good liars.

I'm not altogether sure the democrats know what dreams are. They are content with the dreams of rape and pillage that seem to motivate so many criminals who entered our country illegally and they sure don't know anything about Martin Luther King's dreams but that probably would be asking too much of them. I see that 55% of people who vote democrat are illiterate and therefor unfamiliar with the truth and blinded by the propaganda put out by the various ministries of truth dominated by the liberal progressives in the media, PBS, NPR and blue state governments.

Too bad about your libraries kids but remember when the dreamers come after you? Dial 911.

Posted by HMS Defiant at 6:30 AM
Labels: Orcs, social war, stupid and vicious