A TOUCH OF OUCH

Saw this at instapundit and it's too good to not post here. If you read the story you'll see that the most senior members of the FBI took it on themselves to send Martin Luther King, Jr, a letter telling him that he should kill himself. If that sounds a little more humane than the FBI we've come to know, it's only because the Supreme Court and the rest of the judicial system now allows anyone with a badge to just shoot anyone without a badge. Things were a little different in the 1960s so the FBI resorted to its famous 'soft power' approach to dealing with uppity citizens.


James Comey posted in his usual sanctimonious style and was thoroughly owned: 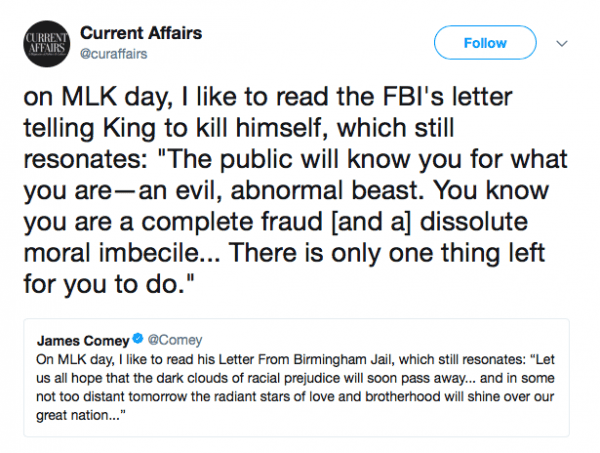