As surely as Vasco da Gama or PQ-17 changed the history of the world, this lone ship made history when she took the first cargo of crude American fracked oil overseas to a foreign refinery on the last day of 2015. 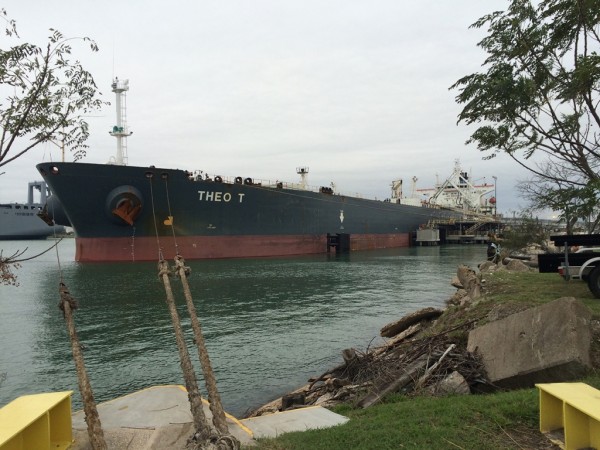 San Antonio-based NuStar Energy loaded the oil cargo on New Year’s Eve at its dock at the Port of Christi. While NuStar handled the loading, Houston-based ConocoPhillips sold the crude oil from the Eagle Ford Shale in South Texas to Switzerland-based Vitol, an international trading company that will market the oil globally.

The Bahamas-flagged Theo T tanker set sail shortly after 3 p.m. Thursday, according to NuStar. The vessel arrived Tuesday in Corpus Christi and is operated by Greece-based Ionia Management. The companies are not yet revealing the tanker’s destination.