PLAYING TAG WITH THE REAL PIRATES

This fascinating article brings to mind a wonderful story I read about an assault team that was going on what looked like a one way mission to death and glory. They had themselves a lottery before they left on the mission and one of the young soldiers drew the slip that corresponded to 100% casualties. As he said, I definitely have mixed feelings about this....

China and Vietnam have been engaged in struggle since we left Vietnam 40 years ago. It would be interesting to see what a full scale war would do to the economy and how Russia would react. I think we can safely predict that in the event of war, we'll do considerable viewing with alarm. 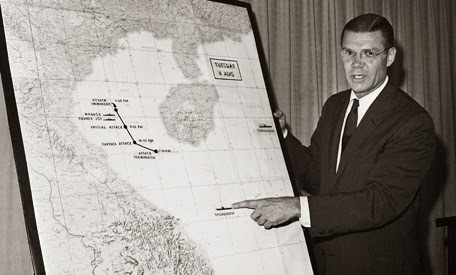 Remember this guy? He was supposedly the smartest man in the world. Oh, well, maybe that was his boss. It would take some epic stupidity to intervene militarily in any war between Vietnam and China.
Posted by HMS Defiant at 7:30 AM
Labels: war