It is sometimes hard to believe how stupid deck officers can be. The article at gCaptain says this collision happened at 2000 UTC which means it was midnight in Fujairah. Both ships were maneuvering and both repeatedly had and briefly maintained headings that kept them well clear of each other. And then it was like someone shouted "Fight's ON!" and they went at each other like two bighorn sheep.

The results were pretty spectacular. 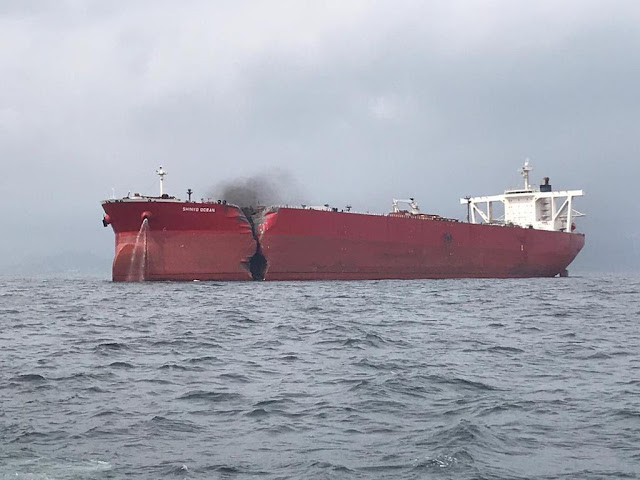 The last time I was at Fujairah I stayed in a beach hotel and made the mistake of actually walking on the beach in my bare feet. It took an hour to get all the oily tarballs off my feet and out from between my toes. There were scores of tankers anchored off the beach and all of them were purging their tanks when they didn't think anybody was watching. It would be hard to pollute the beach anymore than it already is.
Posted by HMS Defiant at 6:01 PM