ON THE NATURE OF RADICALS

It's kind of amusing today to refer to the men who drafted and signed the Declaration of Independence as 'radicals', but among what passes for our modern liberal society, that name seems to fit them. When you think about it though, all that they wanted was their rights as free Englishmen, who were forced by their government to stand up and demand them. So, not really all that radical. 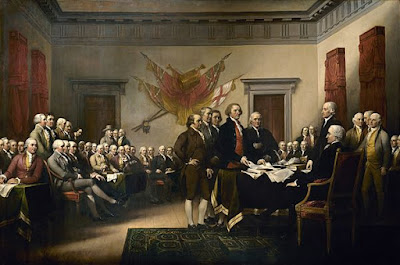 There is another group of adventuress adventurous radicals these days. They wrap themselves snugly in the 7th century AD ramblings of a child molester evil man and behave pretty much like he did during his time on earth, 1400 years ago. These people are also called 'radicals' by what passes for our muslim liberal President, and he denies decries their behavior every other time they step out from behind a bush and slash some American's throat or kill a roomful of Americans at a Christmas Party. 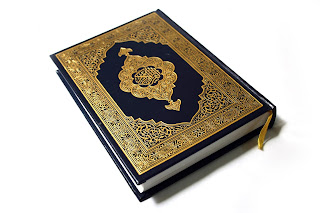 Words have meaning. Labels are applied for a reason. I think the tyrant who rules by decree and his loyal socialist believers, in and out of the media, really think they can equate the founders with the current crop of islamic jihadists. Maybe if you step back, close one eye and kind of twist your head a little to the left, they look and act the same.... or maybe not so much.
Posted by HMS Defiant at 3:50 PM
Labels: America, islam, Just Say No, NPR, social war