ALL AT WAR EXCEPT US

It is still hard to believe how every American leader in the Pacific was blind to the fact that the entire industrialized world was engaged in a war at the time and yet took no action to safeguard the ships, aircraft, men and materials under their command.


On the other hand, you could pretty much say that about the entire U.S. military today. Damned near invulnerable on the battlefield and yet completely unprepared for death and destruction at home. Even after attack after attack the military has yet to take any meaningful steps to safeguard the people or the materials that it is responsible for.

What started in Beirut, was refined in Khobar, revised in Aden and demonstrated daily all over the world is ignored because it is inconceivably difficult to implement security. We have a kind of saying that is in the poorest of poor taste but nevertheless it remains true and accurate. One doesn't have to be faster than the bear, one has only to be faster than one's friends. Applied to installation security it was sometimes enough to be just a little tougher looking than that Air Force installation down the road because the terrorist will default to the easier target.

There was nothing easy about Pearl Harbor in 1941 but there was nothing hard about it either. In fact, if looked at with the jaundiced eye of those who did port security, Ford Island and Oahu were just about the easiest targets in the entire Pacific at the time although the Philippines may have been easier since they were closer to Imperial Japan. Neither one took security seriously.

The one thing that everyone recalls about the ugly incident on 7 December 1941 was that we had broken the Japanese naval code and could have known about the attack. These days our political and military leaders preen themselves and casually assume that our massive expenditures on intelligence will beagle out any future attacks before they happen and there will be plenty of time to deploy some of my guys or the FAST. Nothing to date has changed their minds that they will always have advance notice and plenty of time to prepare; not USS STARK, USS COLE, Khobar Towers, 9/11, Hassan Nidal...

We will never be without surprise attacks but we should work harder to take the sting out of them. 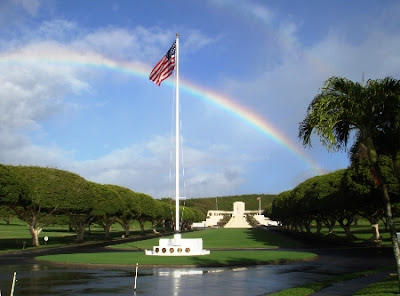 Posted by HMS Defiant at 4:05 AM
Labels: war