PREDICTABLE TO A FAULT

The nation's newest class of fighter plane is grounded worldwide with engine problems. Congress kind of suspected this would happen because it always happens these days with fighter procurements. They appropriated $3 billion dollars for an alternative engine designed by the team of General Electric and Rolls Royce. Then they killed it.

Predictably, the President and Defense Department scoffed at the idea of an alternative engine for the most expensive weapons program in history and finally killed funding for the engine a couple of years ago just as it became clear that the Joint Strike Fighter engine was deeply flawed.


Obama administration officials told ABC News the president would veto the 2012 defense authorization bill if it included language that would extend the life of the alternate engine program. 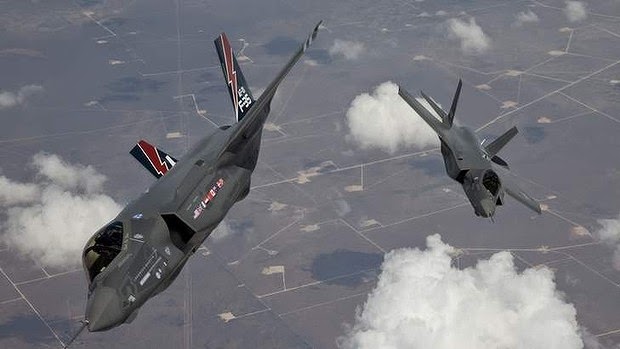 This is not the first time that a fighter has been delivered to the military with deficient engines. History is replete with examples. The one I remembered offhand was the F-14 TOMCAT.


The weak point of the Tomcat was in its engines, which were initially a pair of TF30-P-412 axial flow turbofans, rated at 12,350 lb.s.t. dry and 20,900 lb.s.t with afterburning. This engine was essentially similar to the TF30-P-12 that had been used for the F-111B. With this engine, the F-14A was decidedly underpowered. On several occasions, fan blades broke free from the shaft, damaging the surrounding airframe structure and systems and causing the loss of the aircraft. Very early in the flight test programs there were problems encountered with engine stalls at high angles of attack. These stalls would usually take place when coming either in or out of afterburner or at low power settings when at high angles of attack. These engine problems were exceedingly vexing and resulted in the loss of several aircraft.

We should keep in mind that every time one of these fighter planes crashes or burns it costs us $160 million dollars. That is inevitably going to lead to the most cautious and risk averse training regime in history. Typically, when that happens, the training becomes completely unrealistic and divorced from reality. Plans are written based on capabilities encountered and defeated in training scenarios and then they turn into garbage in the harsh light of reality.

I don't think the Air Force knows how to guard things anymore. They can't even keep track of their nuclear weapons. The U.S. Marines lost sight of the requirement to provide meaningful security for its aircraft based in a war torn country that is mostly under the control of Taliban terrorists.

The U.S. military long ago dropped the facade of guarding military bases from terrorists. One terrorist in a dump truck driving through a dozen or two dozen F-35s or F-22 Raptors parked on an unguarded parking ramp on a base that is only "virtually" protected because the bean-counters replaced the guards with remote operated TV cameras, is going to cost us a fortune.

Do you ever wonder how many terrorists have surged across our southern border in the last few months? How many of our home grown little muslim terrorists are off picking up terror job skills fighting in Syria or Iraq or Somalia? How many get handed a visa by a State Department worker at the embassy and consulates in Saudi Arabia?
Posted by HMS Defiant at 6:00 AM
Labels: Air Force, America, Stupidology