THE SPEED OF EVIL

I sometimes despair of the people who claim to love science and then turn their back on real science when it makes a meaningful contribution to the world. We've been doing genetics on crops since Gregor Mendel. We probably did it long before he quantified it but we just called it, improving the breed. 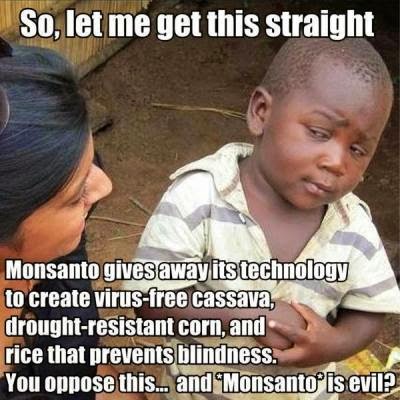 The modern leftist doesn't merely turn their backs on helping spread drought resistant crops, they actively conspire to prevent their spread and use.
Posted by HMS Defiant at 10:55 AM
Labels: civilization, genius, Head scratchers